Skip to content
You are here
Home > Hip Hop News > Tekashi 6ix9ine Says He’s Staying Off Of Instagram Until May 22; Will Release New Music Video Then As Well 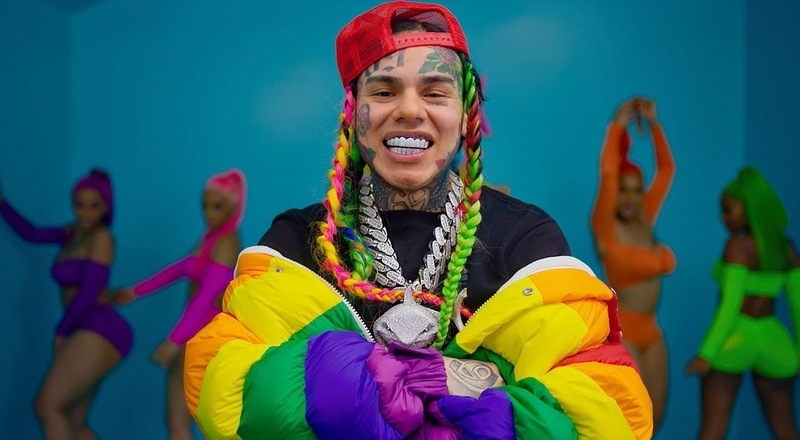 Tekashi 6ix9ine has been buzzing ever since he went on Instagram Live last week which received over 2 million views. He also released his “GOOBA” single along with the music video for it which has been doing crazy numbers on YouTube.

6ix9ine has also gone back to trolling with the recent people being Meek Mill and Snoop Dogg. This is after they called him a snitch for doing so against the Nine Trey Bloods in court last fall. 6ix9ine also challenged Akon last night to an IG Live battle set for 3:30pm today but it never happened.

6ix9ine is now addressing things in his IG Story as he said he’s staying off of the app until May 22. On that day, he will premiere another music video. Hopefully, he stays safe until then as well as his locations have been leaked multiple times. He was originally able to get released from prison early last month due to coronavirus concerns. He is serving his remaining four months at home. 6ix9ine was sentenced to two years for his racketeering, murder conspiracy, and weapons case in December but got credit for time served. 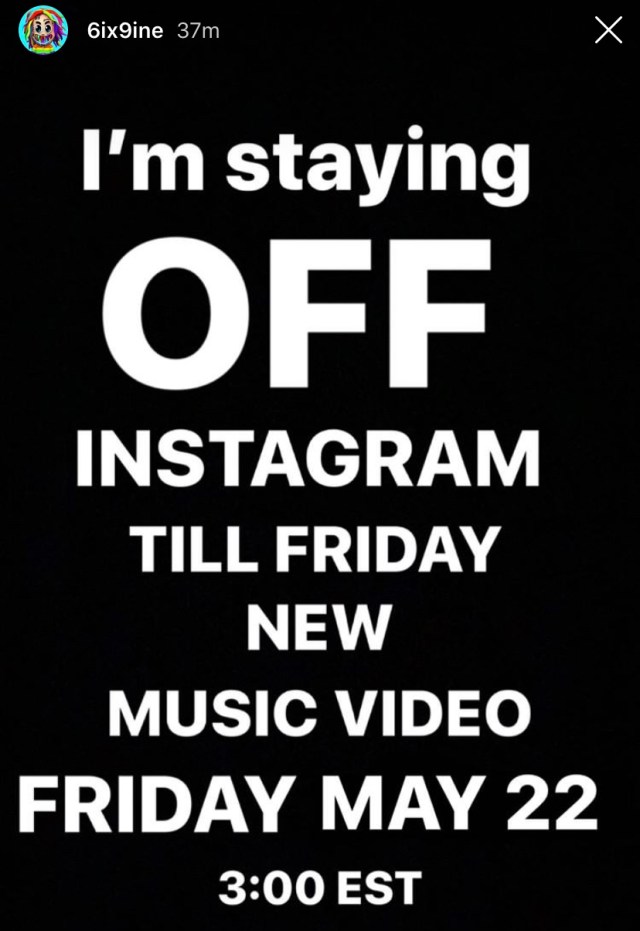