Skip to content
You are here
Home > Hip Hop News > Celina Powell shares Snoop Dogg FaceTime with her and responds to him calling 6ix9ine’s video “old news,” accusing him of asking her if she really had a sex tape of him and her, from Super Bowl, and says she’s not interested in teaming up with him against Tekashi [PHOTO] 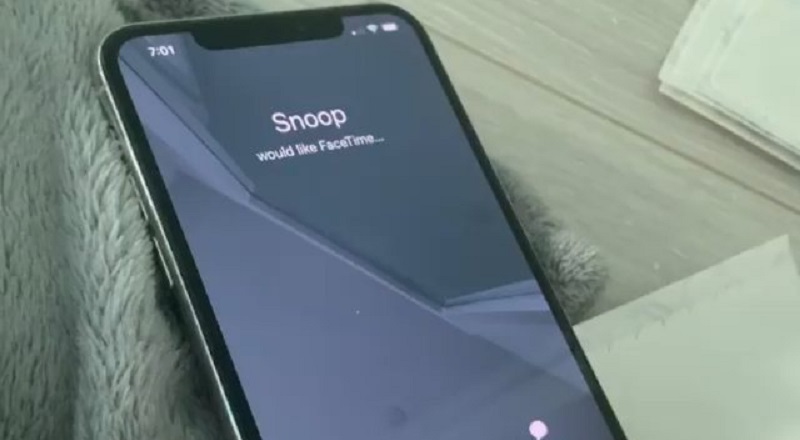 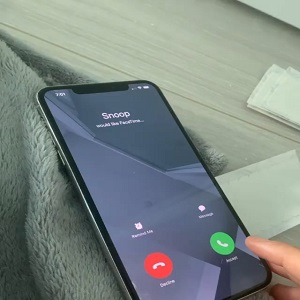 Right now, Snoop Dogg seems to be going through it, with this younger generation. Despite his status, as a legend, Snoop Dogg’s always on social media, and sometimes it gets him into trouble. The latest situation has him drawn into beef with 6ix9ine.

Recently freed from prison, due to Coronavirus, 6ix9ine baited Snoop into beef, and has shared a video of him with Celina Powell. Already, she accused him of cheating on his wife with her. She claimed she had sextapes of Snoop and 6ix9ine, on her OnlyFans.

Celina Powell joined in on the Snoop Dogg/6ix9ine beef, after Snoop called the video “old news.” She claimed he called her, asking if she really had videos of them, which she says came after the one 6ix9ine had. Later, she shared a video of Snoop Dogg trying to FaceTime her, where she said she won’t team up with him against 6ix9ine.

A post shared by It’s Me, Ya Girl V ✨ (@talkaroundtownofficial) 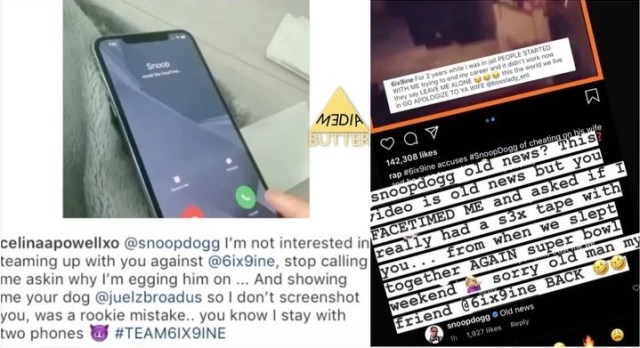