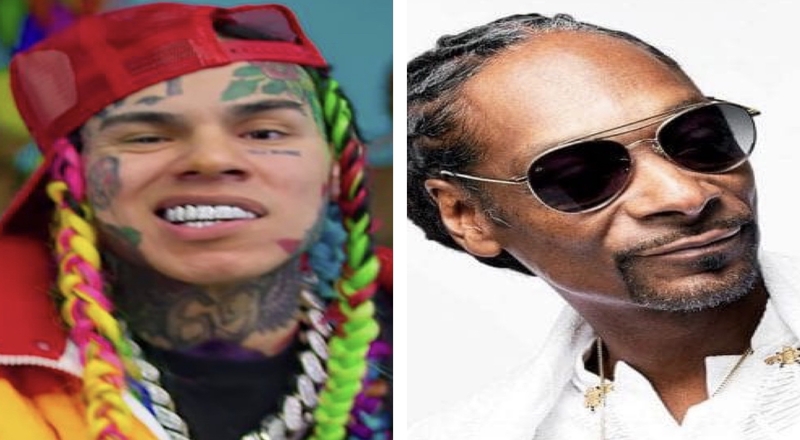 A few days ago, Snoop Dogg, like Meek Mill, was mad that Tekshi 6ix9ine is a free man and for snitching on the Nine Trey Bloods. Snoop posted a video of himself watching First 48 while saying “Waking up to a bunch of f*ckin’ snitching on ‘The First 48.’”

6ix9ine is firing back at Snoop on Instagram as he just posted a photo of Snoop on a Google search with his name. It lists him as 48-years-old as the caption says “They got this wrong didn’t they. 😂😂😂😂😂😂” We will see if Snoop responds tonight or by the time we wake up.

6ix9ine is winning big as his new “GOOBA” single is one of the top songs in the country and the music video has already accumulated over 155 million YouTube views. He has also been trolling by only following the NYPD on Instagram, making an animated character of himself snitching to the police, and putting “I’m back and they mad” in his IG bio.

6ix9ine’s lawyer, Dawn Florio, said he is allowed to use social media as long as there’s no trolling but he’s done the opposite, to no surprise. He was able to get released from prison early last month due to concerns of the coronavirus. He has four months left on his sentence and will serve it on house arrest. He was initially taken into custody in November 2018 on racketeering charges, murder conspiracy, and weapons charges. He snitched on Nine Trey in court in September due to them betraying him by robbing and kidnapping him and sleeping with his baby mama, Sara Molina. 6ix9ine got hit with two years in prison but got credit for time served.

Check out 6ix9ine coming after Snoop on IG along with Snoop’s original post below. 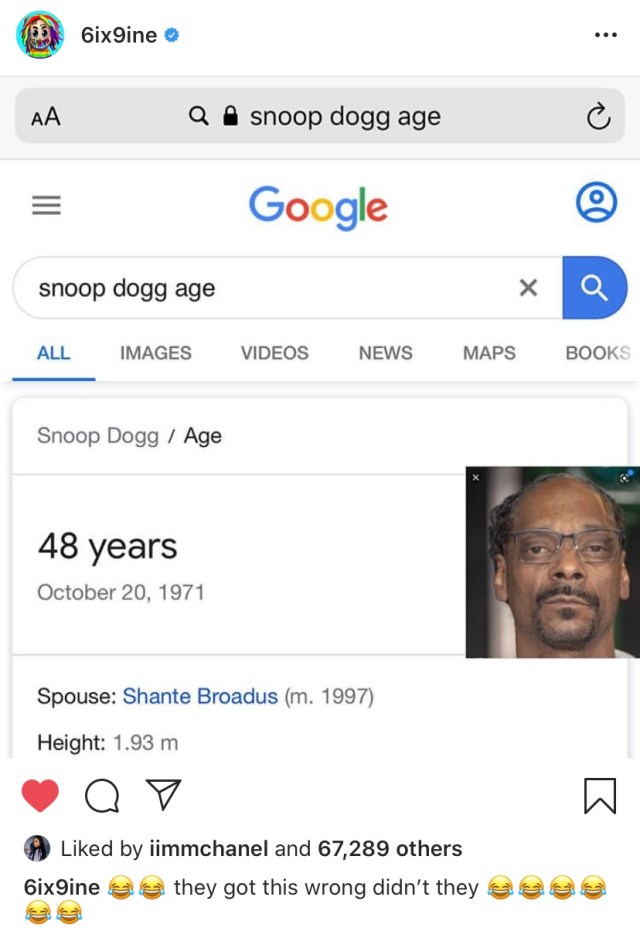