Skip to content
You are here
Home > Hip Hop News > Snoop Dogg Claps Back at Tekashi 6ix9ine After He Trolled Snoop Because He Got Called a Snitch – “You Better Get The F*ck Off My Line, Rat Boy” [VIDEO] 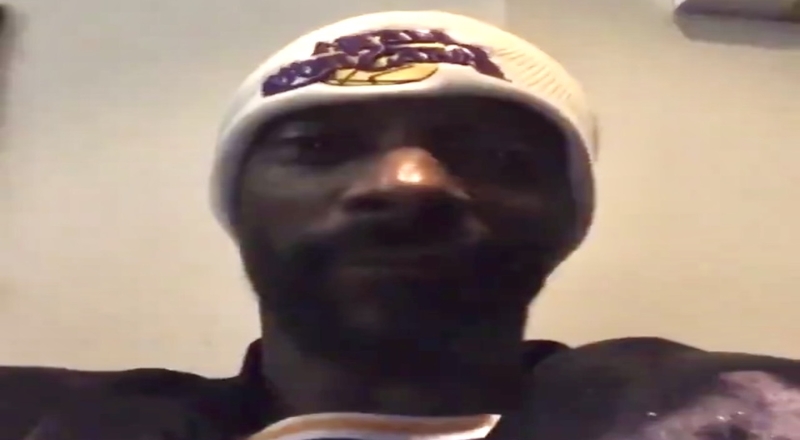 Late Friday night, Tekashi 6ix9ine continued his ongoing beef with Snoop Dogg by trolling him for his age. This is after Snoop went on Instagram saying how he’s seeing snitching on First 48 and at the same time, he was subliminally mentioning 6ix9ine. Now, the west coast legend has the time to address the Brooklyn rapper. As many know, this is all because 6ix9ine snitched on the Nine Trey Bloods in court last fall to get a lesser sentence for his racketeering, murder conspiracy, and weapons case. The gang also betrayed 6ix9ine by kidnapping and robbing him in his hometown of Brooklyn and supposedly had sex with his baby mama, Sara Molina, in the summer of 2018.

Snoop mentioned how he didn’t say anything about 6ix9ine before but now, he shouldn’t mess with him. He labeled 6ix9ine as a “rat boy” and he isn’t the one. He added that he’s a “raindow haired-dog head b*tch.” He sent another warning that nothing nice comes out of “f*ckin’ with the dogg.”

At this point, rappers like Snoop and Meek Mill are just giving the attention that 6ix9ine craves since he got out of prison. They keep making him trend on social media and that results in even more streams for his “GOOBA” single which is doing big numbers since its release last week. Check out Snoop clapping back at 6ix9ine below.

#SnoopDogg reacts to #6ix9ine calling him a snitch & trolling. pic.twitter.com/FEdgARQyxH