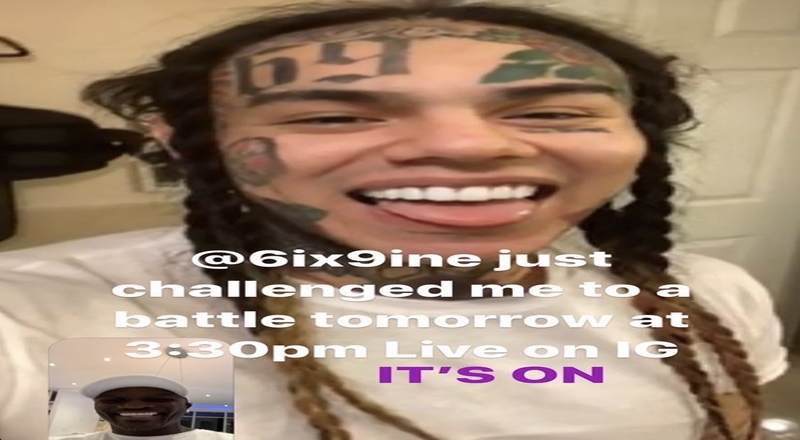 Tonight, we saw an epic “Verzuz” Instagram Live battle between Ludacris and Nelly. Now, Tekashi 6ix9ine, to no surprise, wants in on the action as well. Akon posted to his Instagram story of him on FaceTime with 6ix9ine where they agreed to an IG Live battle set for Sunday, May 17 at 3:30pm.

Many fans on social media aren’t feeling this matchup at all due to them believing that Akon is a legend and would easily defeat 6ix9ine. They also feel that 6ix9ine just wants the clout and wants to promote his new “GOOBA” single, which is doing very well. The music video has also accumulated over 162 million views.

Akon is known for numerous hits such as “Locked Up,” “Smack That” featuring Eminem, and “I Wanna Love You” feat. Akon. He is also a very solid businessman as he’s helped bring electricity via solar energy to his home country of Africa with his Akon Lighting Africa project which was started in 2014. 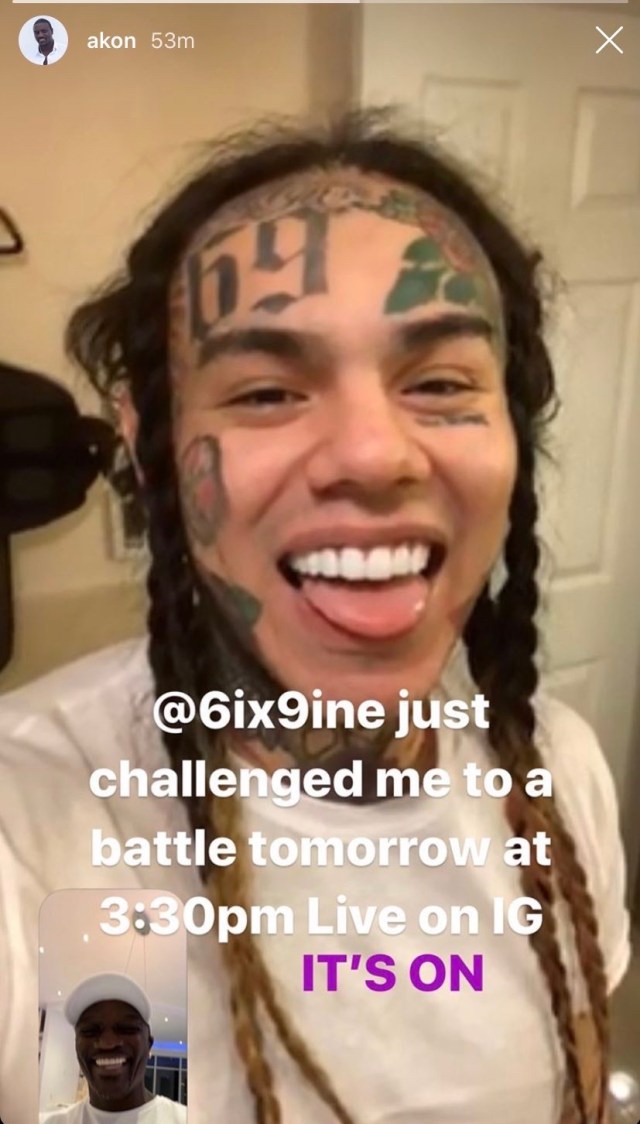