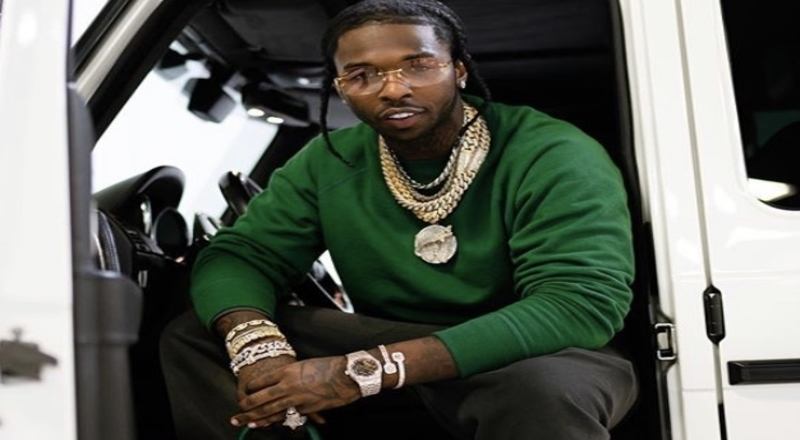 50 Cent recently in an interview with Ebro on Beats 1 radio said that the posthumous album by Pop Smoke that he’s executive producing would still be released by the end of May. Now, it appears that it’s being pushed back a bit as Smoke’s manager, Steven Victor, just took to Instagram to say that that a June 12 release date is the plan now.

The cover art appears to be a silver rose as it’s displayed on an all-black cover. 50 has been recruiting artists such as Drake, Post Malone, and Roddy Ricch to appear on this project. He added that he wants artists on this project who would fit on them organically.

“I definitely want to get Roddy Ricch and a few of the people that I know that would fit on these records organically,” he said. “I’m going to send it to them and I’m going to say, ‘Play it. Listen, if you don’t just feel like this is it, don’t even touch it. Please send it back, delete, and just move on.’ Because he had so many pieces set up that were so good that it’s not tough to put it together.”

Smoke was on his way to becoming one of the biggest starts of 2020 following the release of his ‘Meet The Woo 2‘ mixtape in early February. Over a week and a half later, he was shot and killed in a Hollywood Hills home. Many believe that it was a set up while others believe he made the mistake of posting his address which was displayed on a bag at the home. This was a home he rented that is owned by ‘Real Housewives of Beverly Hills star, Teddi Mellencamp and her husband, Edwin Arroyave.

Smoke originally broke out as a star last summer with his “Welcome To The Party” single. This ended up receiving remixes with Nicki Minaj and Skepta. He also had another buzzing single in “Dior” as the remix featured Gunna on the Meet The Woo 2 mixtape.
https://www.instagram.com/p/CALJi54nA9s/?utm_source=ig_web_copy_link