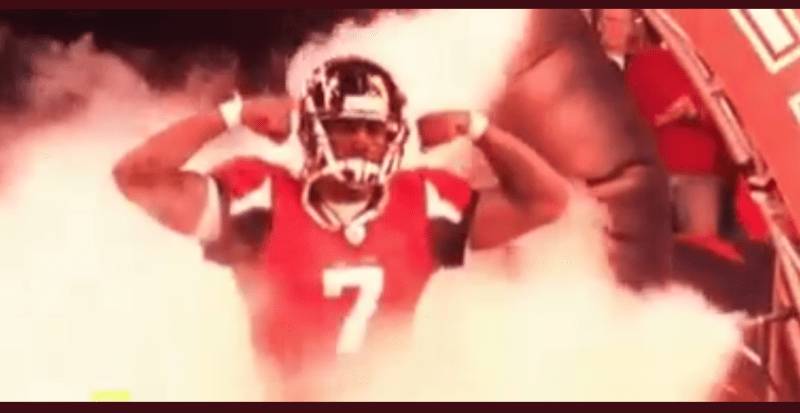 ESPN posed a question on their Twitter handle: “What’s your first thought when you see this logo” with the EA Sports Madden Football logo and twitter has been going crazy. Michael Vick wins the vote across the board and the tweets/comments begin; Ranging from his amazing throws, video clips of his spirals, and of course the “dog attack” jokes.

The highly praised quarterback played 13 seasons, primarily getting his rise to stardom when playing with the Atlanta Falcons. Vick’s NFL career came to a halt in 2007 after he plead guilty for his involvement in a dog fighting ring and spent 21 months in federal prison. His arrest and conviction definitely gained Vick notoriety with the general public, which lasted throughout the rest of his career.

Michael Vick now spends most of his time as an analyst on Fox Sports on Fox NFL Kickoff and is currently estimated to be worth about $15 million dollars. 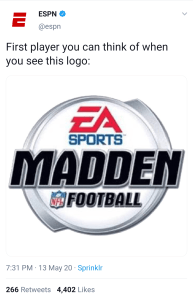 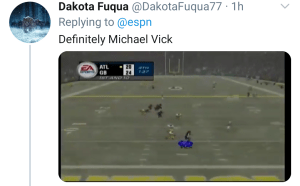 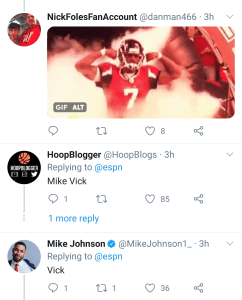