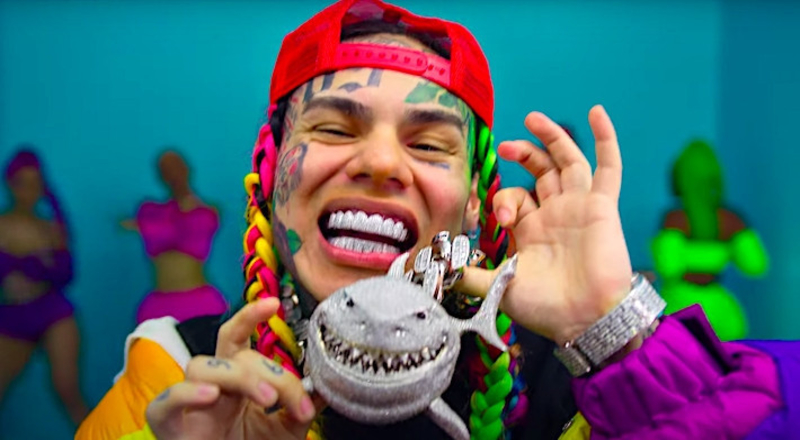 A few days ago, Tekashi 6ix9ine tried to donate $200,000 to the charity, No Kid Hungry, but they ended up denying it. They ended up turning it down though due to 6ix9ine not aligning with their core values. He ended up claiming that they’re taking food out of children’s mouths as a result of this move.

“We are grateful for Mr. Hernandez’s generous offer to donate to No Kid Hungry but we have informed his representatives that we have declined this donation. As a child-focused campaign, it is our policy to decline funding from donors whose activities do not align with our mission and values.”

Now, it appears that another charity is more than happy to accept the Brooklyn rapper’s funds. Keith Johnson, executive director of Kooking 4 Kids, tells TMZ that “If there is an individual that wants to help address hunger in Los Angeles, we welcome it. How that person wants to live their life is for them to decide.”

Johnson and Kooking 4 Kids often holds BBQ fundraisers and that he doesn’t pick and choose who he accepts donations from. He did say that organizations are free to do whatever research they want on others though. Kooking 4 Kids travels to four areas of LA every week in order to hand out 1,600-1,800 meals to families and children every day. It’ll be interesting to see if 6ix9ine will decided to support them now after the fallout with No Kid Hungry.

6ix9ine has been very successful since being released from prison early last month due to the coronavirus pandemic. He reached 2 million viewers on Instagram Live last Friday, released his “GOOBA” single and the music video for it has already reached over 142 million views.