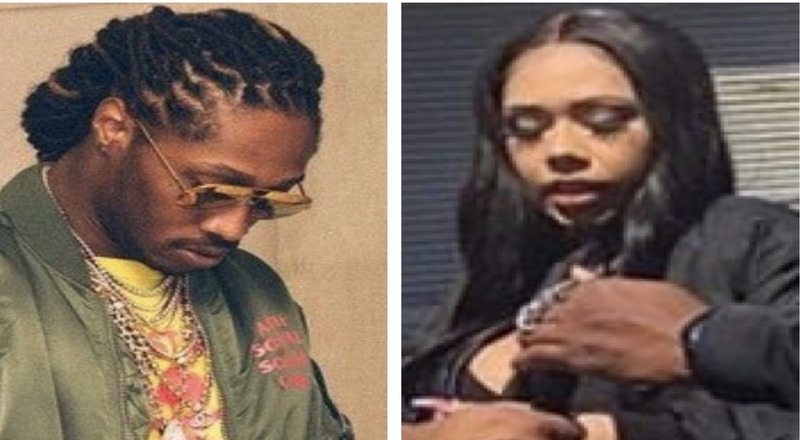 Earlier today, Future posted a series of tweets such as “She belongs to the streets” and “Let the streets cover her tab.” Some people believed he was done with his girlfriend, Lori Harvey. Now, it appears that it was about Tekashi 6ix9ine’s baby mama, Sara Molina.

One tweet that was also posted was “Dey using n*ghas baby momma as props now. Young n*ghas TURNT.” This was after photos and videos surfaced of Molina appearing in an upcoming Lil Tjay music video that also featured Rich The Kid. Molina has since clapped back at the Free Bandz rapper by saying “With 9 baby mamas, Sir you’re more for the streets than me.” Many believed that this was Kid’s video but he clarified in his Instagram Story that it was Tjay’s. Future ended up trolling even more by saying “Ain’t mad at u…u gotta get it how you live. #TREWAY free da guys.” This is in reference to 6ix9ine’s former manager, Kifano ‘Shotti’ Jordan aka Treyway who was hit with 15 years for racketeering charges.

Future has also been heated on Twitter after finding out that he is in fact the father of Miami Instagram model, Eliza Reign. She is officially his seventh baby mama. That news came a day after he shouted out all six of his baby mamas on Mother’s Day, which included Ciara and Joie Chavis.

Check out Sara Molina clapping back at Future, the preview of the Tjay video shoot, and Future’s original tweets. 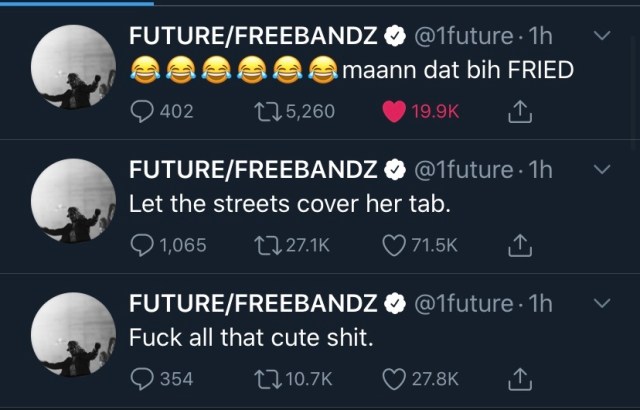 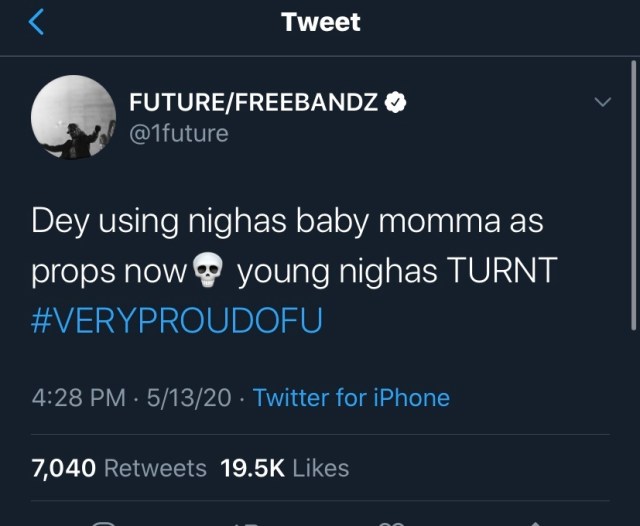