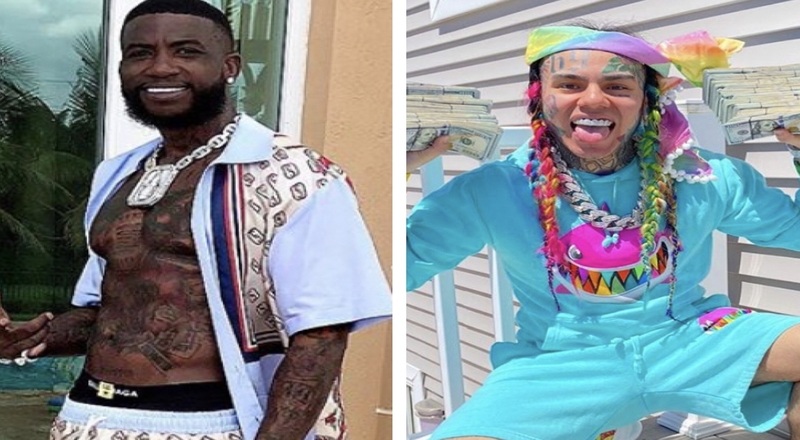 Tekashi 6ix9ine has been the talk of hip-hop since last Friday where he went on Instagram Live for the first time since his release and received 2 million views. Meek Mill has since called him out for being an informant and a snitch since that day. Another superstar now looks like he isn’t feeling the rainbow-haired rapper either.

This rapper is Gucci Mane who took to his Instagram handle to say “I never have and never will snitch on nobody. I’ll do my time.” While he didn’t mention 6ix9ine directly, that’s the consensus as he has that snitch label. This is due to him giving out information about the Nine Trey Bloods in court last September. He explained that his reasoning for snitching though is that they betrayed him by robbing him and slept with his baby mama, Sara Molina, too.

6ix9ine is still winning big though as he dropped his new single “GOOBA” last week along with the music video. It has since reached over 110 million views. He has ran into some safety issues though as he had to relocate this weekend due to a young lady recording him on his balcony and leaked his address. This reportedly happened on Monday as well as two young boys on skateboards recorded a video of a mansion in New York. Check out Gucci supposedly taking shots at 6ix9ine along with the GOOBA music video below. 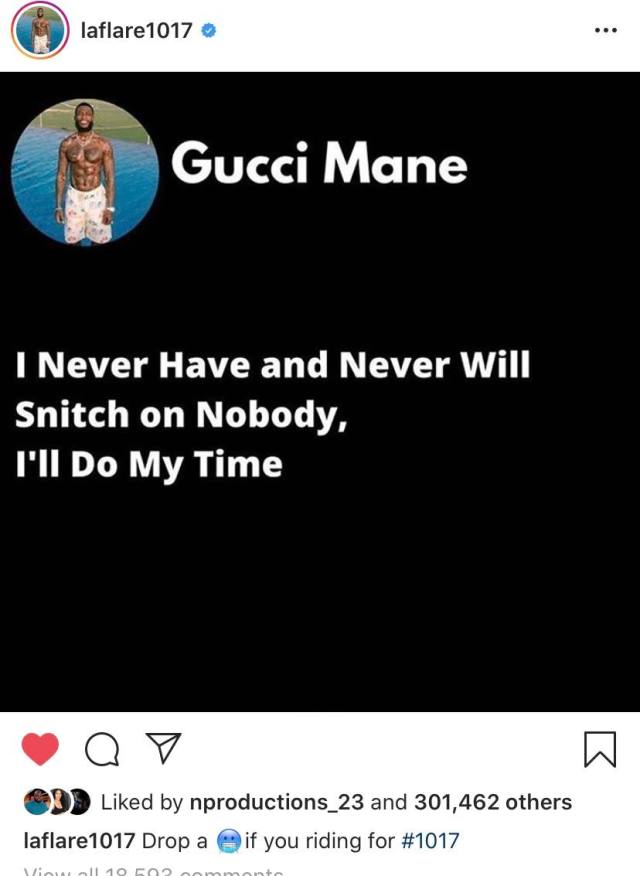