Skip to content
You are here
Home > Hip Hop News > Porsha had the line of the night, dissing Eva, telling her that her breasts were social distancing from each other during the #RHOAReunion 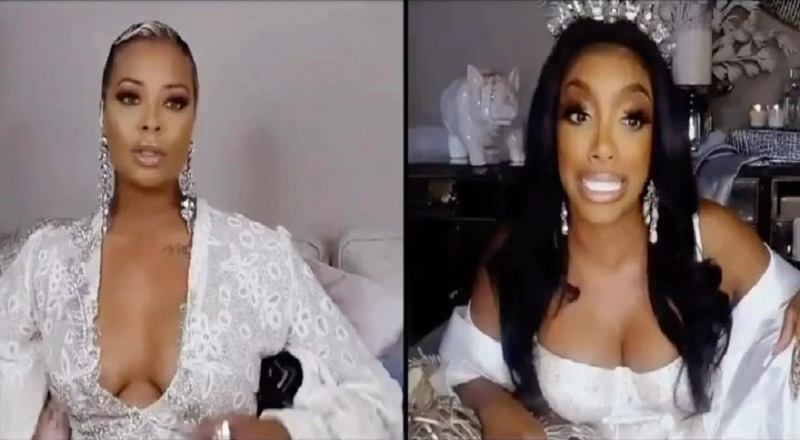 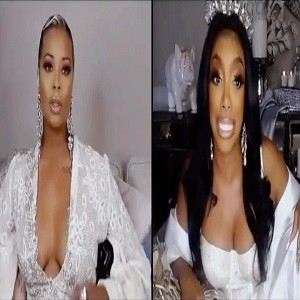 All season long, Porsha Williams and Eva Marcille have been on a collision course to a feud. When Eva first joined “The Real Housewives of Atlanta,” she and Porsha got along, well. The whole reason Eva is even on Rickey Smiley’s show is due to Porsha.

Early in the season, however, Eva had choice words for Porsha. When called out on this, Eva denied ever saying anything about her. But, the ground was laid for Porsha and Eva to have beef with each other, especially when Porsha and NeNe Leakes made amends.

Porsha being NeNe’s “little sis” sparked the argument with Eva, on tonight’s episode. The two quickly got into an intense argument. All that was said went overlooked, due to Porsha telling Eva that her titties looked like they were social distancing from each other, which fans on Twitter took and ran with.

Read the tweets about Porsha and Eva below: 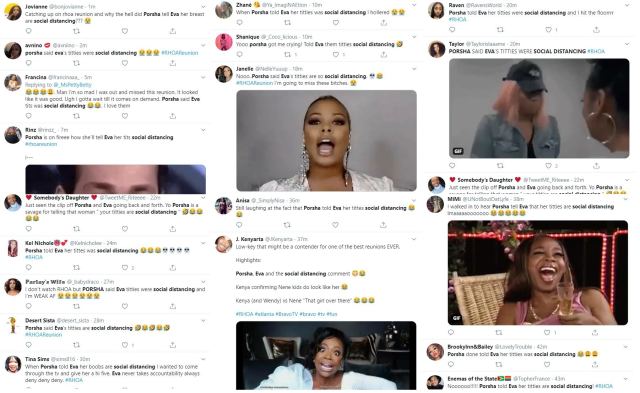