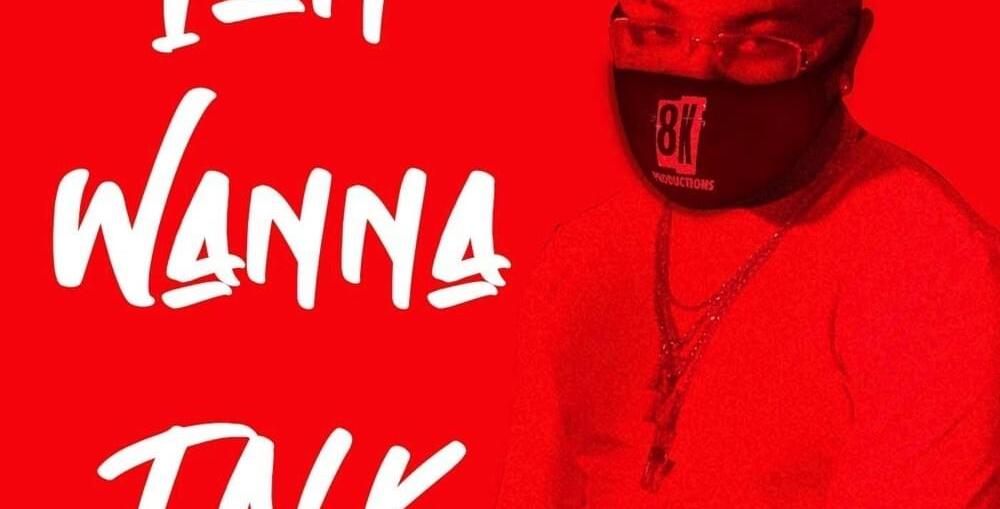 KINGMOSTWANTED brings a fresh, unique style to the rap game that can be seen and heard in his latest music video, “Fake Percs” ft MCM Raymond. The Jon Psycho directed video follows King as things go south after purchasing fake percs.  The track is taken off of his EP Ion Wanna Talk , out via Vydia, which has accumulated over 1,000,000+ streams on Soundcloud and is climbing on all digital platforms.
Watch the video HERE
While just barely legal, KINGMOSTWANTED has proven he is already a viral sensation. Not even two full years into his musical career when his track “Different Varieties” took the TikTok world with over 1M native uploads and he has been on the up-and-up ever since. He boasts over 500K monthly listeners on Spotify, and has earned highly coveted spots on Spotify curated playlists like Internet People and TIK TOK SONGS YOU LOVE.
If you ask King about whether he ever imagined this kind of success, he’ll tell you he had never had any doubts. “I wanna be at the top and I know I’m gonna be ‘cause it’s too natural to me,” he says. “I wanna be able to give my peoples everything they want.”
KINGMOSTWANTED has experienced the kind of meteoric rise to fame in the hip-hop underground that aspiring rappers dream of. It was just in 2018 that he released his first official single “No Case.” Shortly after, in 2019, he collaborated with rising hip-hop artist MCM Raymond on the track “In My City,” which trended in King’s hometown and set the stage for more widespread success the following year.
And as for where King sees himself in five years, he says: “Provin’ everybody who doubted me wrong.”
Ion Wanna Talk Track listing:
1. Ion Wanna Talk(Intro)
2. Different Varieties Remix ft Mike Sherm
3. Chain Reaction
4. BiG 8PE
5. Come Learn Sum
6. High Power
7. Fake Percs ft MCM Raymond
8. Gangsta/Thug
Get Social with KINGMOSTWANTED
Instagram | Soundcloud | Tik Tok