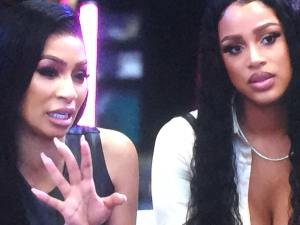 If there’s one thing Karlie Redd is known for, it’s her messiness.

Spice invited the ladies out for her product-launch event, and while her recent hair, makeup, and music endeavors should’ve been the topic of the conversation, they weren’t.

Although Karlie Redd and Alexis Skyy had already so-called talked their issues out, in the words of Karlie, they aren’t “best friends.”

Apparently, Karlie is still upset about Alexis going around and telling everyone that her ex, Mo, gave them the same ring.

If you don’t know, Alexis exposed that Mo had been crazy about her for years and even did some unacceptable stuff to her family in the past. More details on everything that we down could surely be found around the internet streets, so we won’t go too far into that.

Anyway, based on the fact that Alexis isn’t necessarily Karlie’s favorite person, and she allowed Mo to get in her ear, she challenged Alexis about her sex trafficking story.

In recent episodes, Alexis opened up about being kidnapped and sold off.

Although Karlie didn’t directly call her a liar, she indicated that by poking around and saying that Mo told her that Alexis was actually sixteen when he met her and was “voluntarily” sleeping around back then. The statement was clearly a dig at Alexis’ innocence in regards to her sex trafficking claim.

Here’s what Twitter had to say about KR’s messy-boots antics. 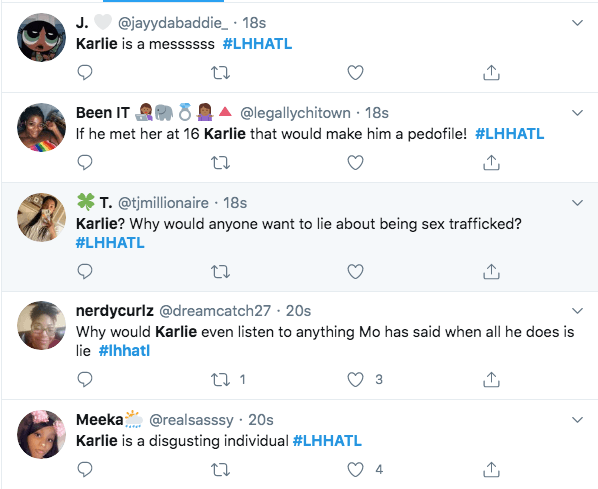 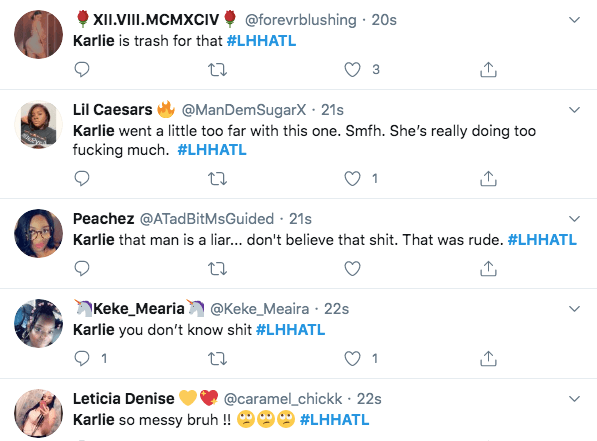 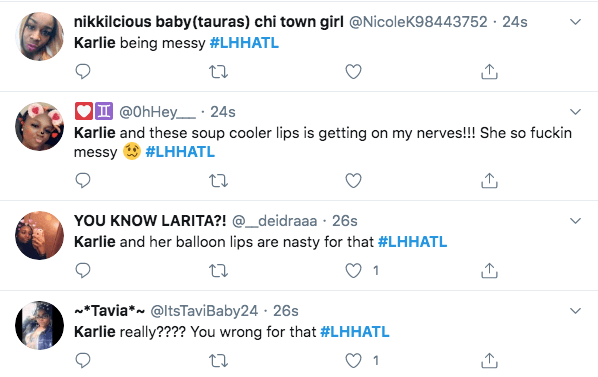