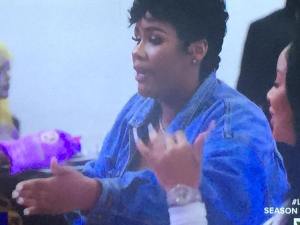 Akbar V just took it up a thousand notches at Spice’s event on the Love & Hip Hop: Atlanta finale.

Out of nowhere, Akbar threw a whole drink on Shekinah, and while we’re used to Cousin Kinah being the civil one of the group, the security guards could barely hold her back.

Akbar charged at LightSkinKeisha, and without a doubt, Tokyo Vanity was two steps being her good friend Keisha. We couldn’t say the same for Alexis Skyy, though, who later indicated in her confessional that Akbar needed a taste of her own medicine.

The “riot” ended with Spice jumping in it and most of the ladies chasing each other down the block to finish off the fight.

As for who threw those hands? Well, neither of them got to do too much damage to each other because, as usual, security was on point.

See what social media had to say about Akbar’s day of attack. 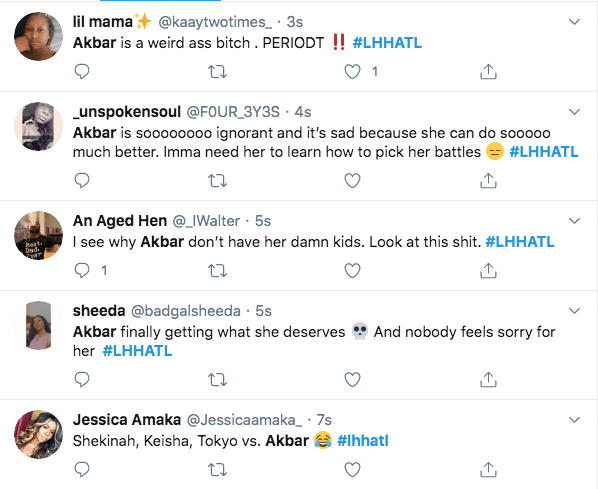 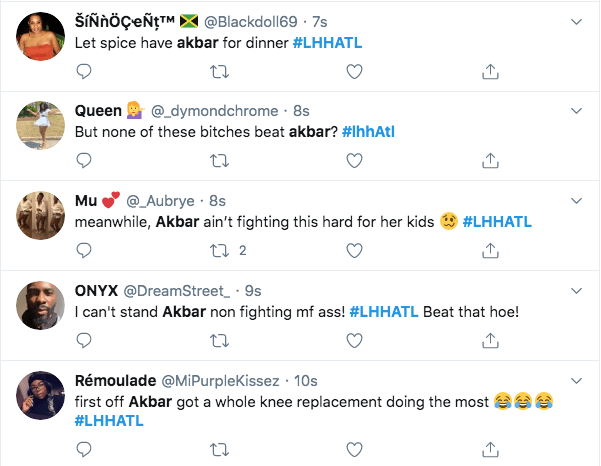 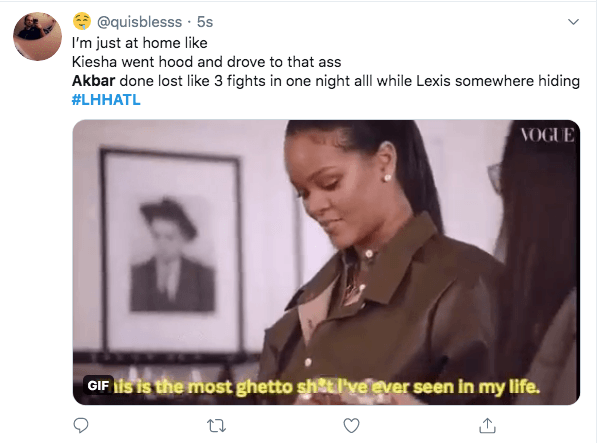 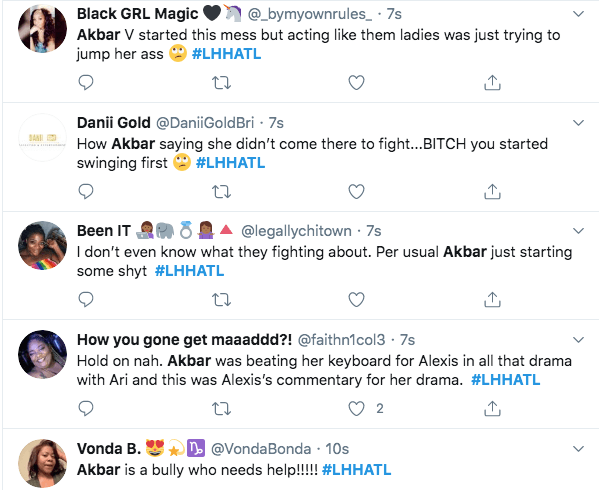 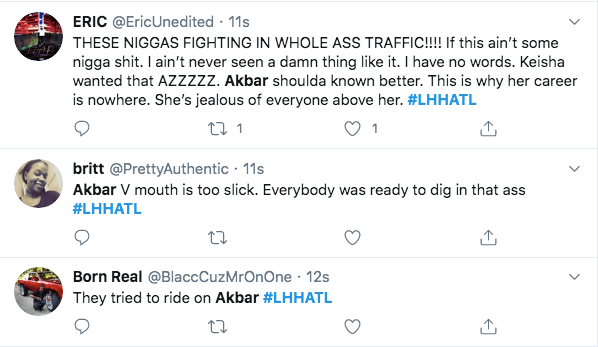