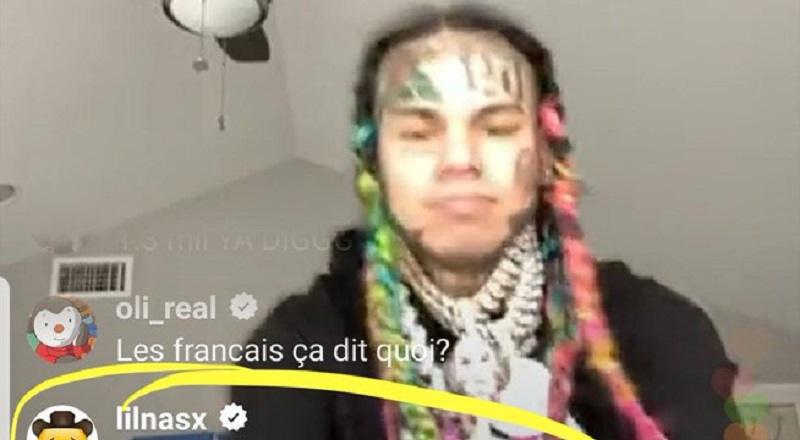 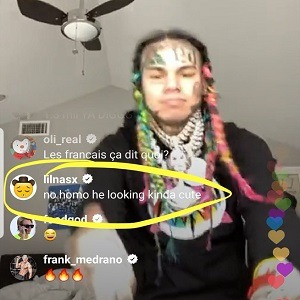 In three years, 6ix9ine has emerged as hip hop’s biggest troll. Towards the end of 2017, he took over the internet, and went on a run to become one of the biggest rapper in the game. Representing New York, he and Cardi B were the two biggest artists out.

6ix9ine dropped singles, promoted by his trolling, and the promotion led to the songs charting on Billboard. However, critics questioned whether he could make a hit single. With “FeFe,” featuring Nicki Minaj, he proved he could do just that.

Today, 6ix9ine did his IG Live, where Meek Mill dissed him, beforehand, but he still got 2 million views. One of the viewers was Lil Nas X, of “Old Town Road” fame, who came out in 2019. He commented, prefacing it with “no homo,” that he (6ix9ine) was “looking kinda cute.” 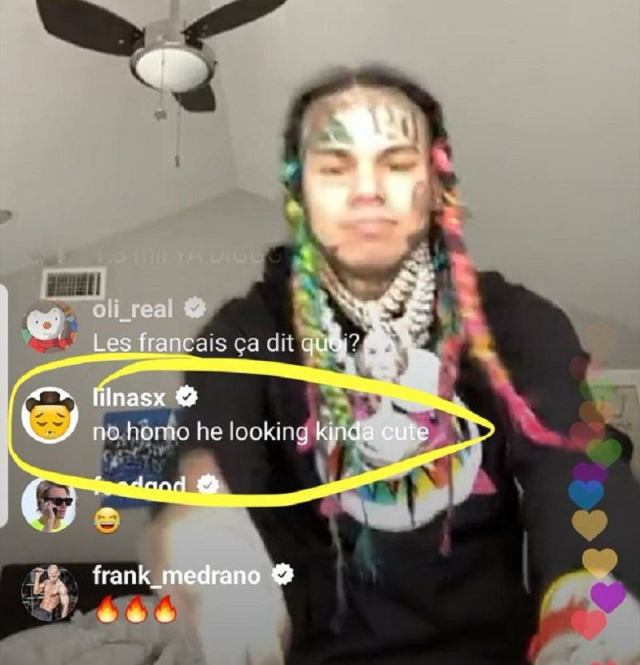