Skip to content
You are here
Home > Hip Hop News > Cumberland Mall, in Atlanta is trending, after video surfaces of three girls fighting, with security guard dragged to the ground, and a man drop kicking one of the women, and shoving the guard [VIDEO] 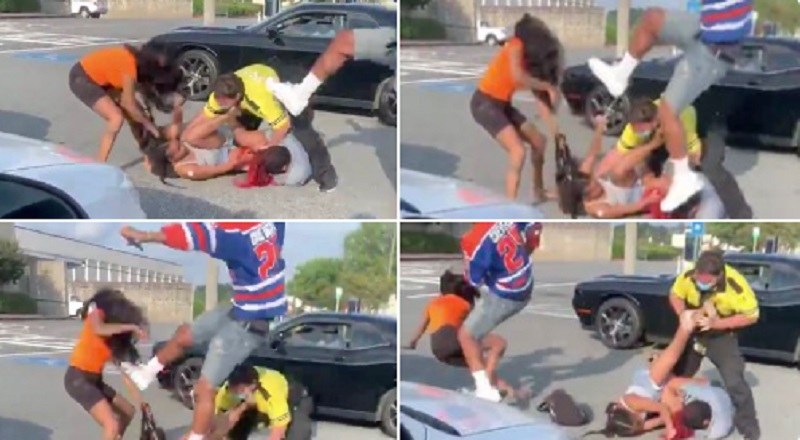 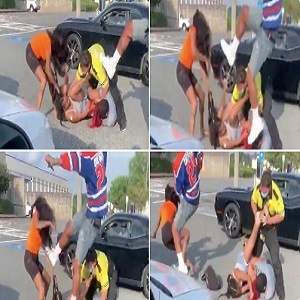 It’s not even been a week, since Phase One of reopening in Georgia began, and it’s already ratchet. Before the lockdown, the city of Atlanta was seeing increased violence. Over at Lenox Mall, the upscale mall, shootings were becoming too frequent.

However, the cross town Cumberland Mall is the site of the latest violence. Given how things have gone, it’s good that there were not guns involved. Still, it’s saddening that in the middle of a global pandemic, people have nothing better to do than to fight.

In the Cumberland Mall parking lot, three girls were fighting, with a security guard trying to break it up. In doing so, he fell to the ground, with two of the ladies, meanwhile a man ran up and drop kicked the third woman, before punching the guard. With all of the chaos, the man who kicked then ran off. 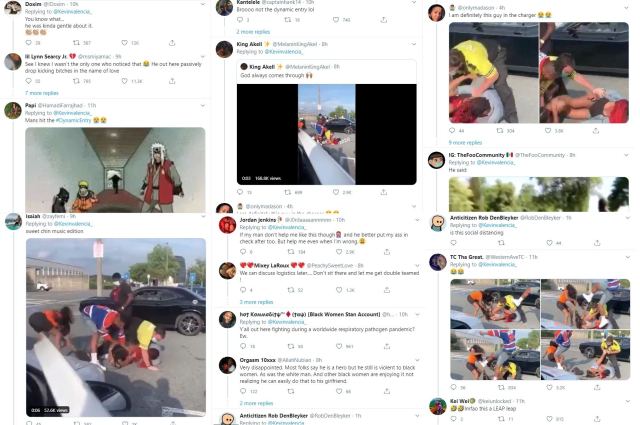