Skip to content
You are here
Home > Album Preview > Nav Reveals Tracklist For ‘Good Intentions’ Album Which is Out on May 8; Features Include Pop Smoke, Young Thug, Future, and More 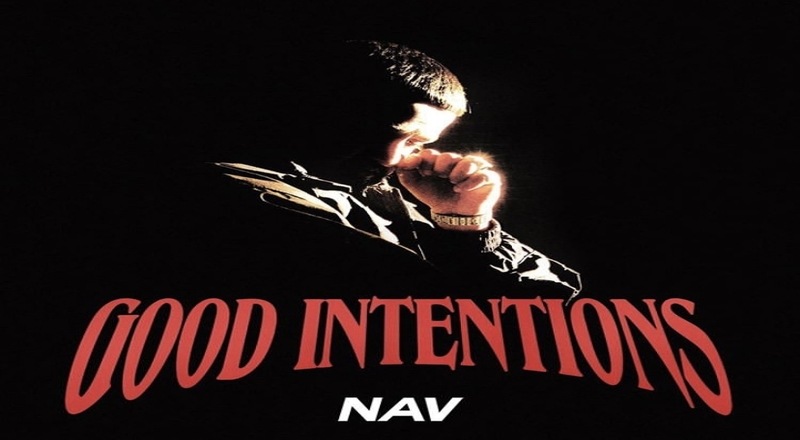 Nav announced last week that his third studio album, ‘Good Intentions,’ would be released on May 8. The official tracklist is now here and the XO artist has an impressive lineup on deck.

Good Intentions contains 18 tracks with appearance by the late Pop Smoke, Young Thug, Travis Scott, Lil Uzi Vert, Gunna, Future, Lil Durk, and Don Toliver. The project is led by the hit single “Turks” feat. Gunna and Travis Scott. His sophomore album, ‘Bad Habits,’ which released in the spring of 2019, debuted at No. 1 on the Billboard 200 chart. Good Intentions may have the same potential as well.

Nav has the backing of the Weeknd as an XO artist so it feels that everything he touches does well. His 2018 debut album, ‘Reckless,’ even went gold. 2020 has also seen a trend of Toronto artists doing extremely well as Drake. The Weeknd, and Tory Lanez have all put out hot projects and dominated the charts. It’ll be interesting to see if Nav continues the Six’s momentum this weekend. 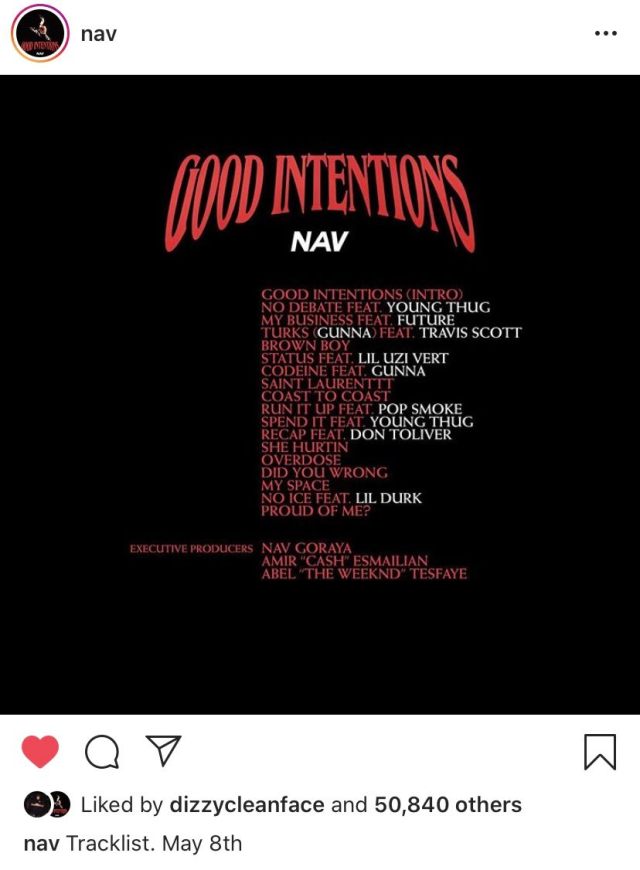