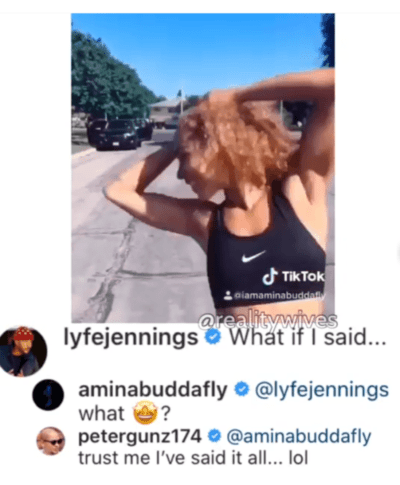 Love & Hip Hop NY star Peter Gunz and Love & Hip Hop ATL’s Lyfe Jennings seem to have words about Miss Amina, one of Peter Gunz’s baby moms. It began when Lyfe commented on her post, flirting and Peter Gunz clapped back with, “Trust me I’ve said it all…lol” 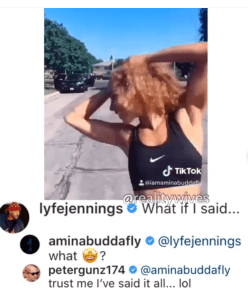 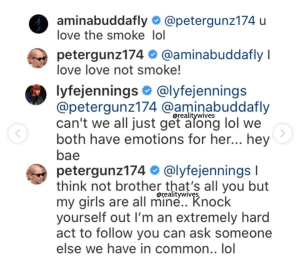 It didn’t stop there as the men left a lengthy thread going back and forth about the woman Jennings claims that they both have “emotions” for. Peter claps back saying that he is an extremely hard act to follow but tells Jennings that he can ask someone else that they have in common. 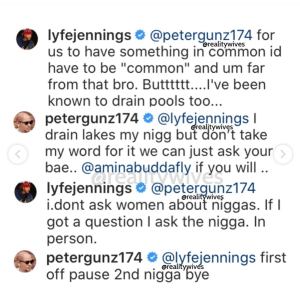 It gets a little heated after that with Jennings saying any questions that he has he will ask in person.

Who else do they have in common??