Skip to content
You are here
Home > Album Preview > Kehlani Reveals Tracklist For Sophomore Album, ‘It Was Good Until It Wasn’t;’ Features Include Tory Lanez, Jhené Aiko, and More 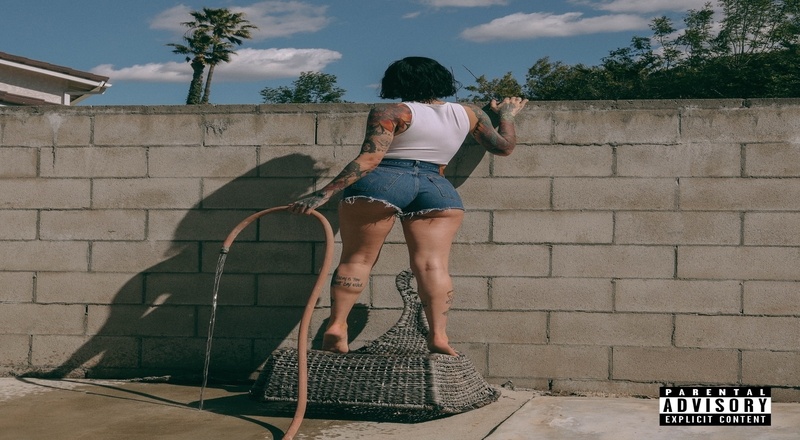 Kehlani has been making headlines since the fall for her relationship with YG. Things reached an ugly end though as video surfaced of the Compton rapper kiss a woman outside of a Los Angeles nightclub. The two released the collab “Konclusions‘ in time for Valentine’s Day but they split shortly after after Kehlani released the track “Valentine’s Day. (Shameful)”

Now, Kehlani is moving on and is getting ready to release her second album, ‘It Was Good Until It Wasn’t‘ on May 8. It’s led by the singles “Toxic,” “Everybody Business,” and “F&MU.” She took to social media to reveal the full the full tracklist today as well.

It Was Good Until It Wasn’t will contain 15 tracks with some solid features from Tory Lanez, Jhené Aiko, James Blake, Masego, and Lucky Daye. Kehlani also has another hot record out featuring fellow Oakland star, Keyshia Cole. Surprisingly though, this won’t appear on the upcoming project. Nonetheless though, It Was Good Until It Wasn’t is sure to be one of the hottest R&B albums of the year. This will also be her first album since her 2017 debut album, Check out the full tracklist below. 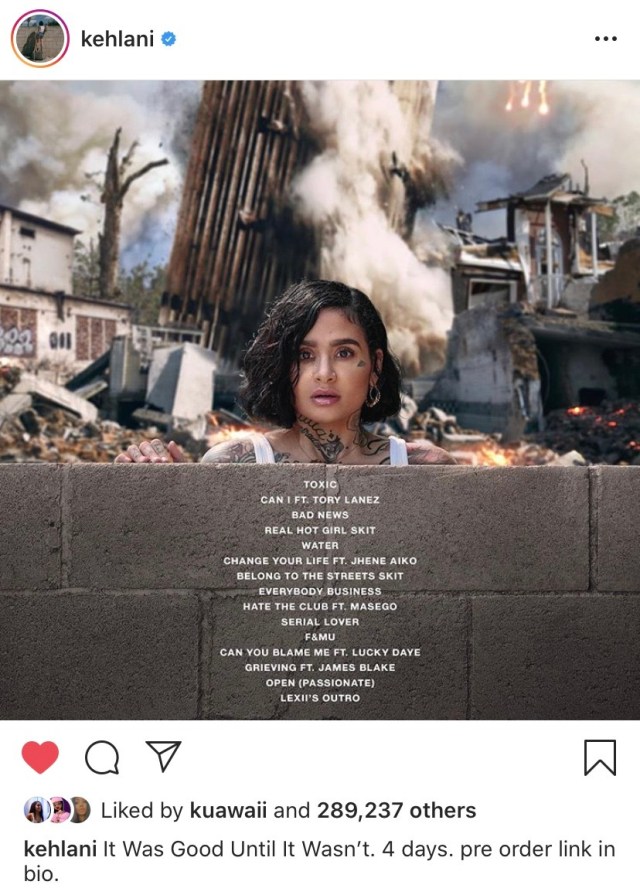