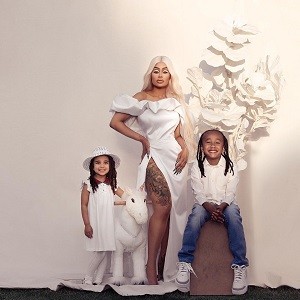 Recently, Blac Chyna sparked outrage, when she began promotions, where she would give people a follow back. Skeptical, people accused her of likely following people back, only to later unfollow them. More skepticism arose, when Chyna started offering FaceTimes.

For the FaceTime, with Blac Chyna, all of which is promotion for her company, Lashed Cosmetics, the fee was $950. Many took to social media to blast Chyna for this. A lot of people called it a scam and questioned who would pay to FaceTime with her.

Aware of the backlash, Blac Chyna’s spokesperson spoke out. She said that Blac Chyna has come up with this new business strategy out of necessity. It was said that Chyna is charging $950 for FaceTimes, because she receives no child support from Rob Kardashian, or Tyga, the fathers of her children.