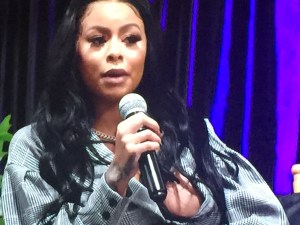 Since day one, Love & Hip Hop: Atlanta‘s Alexis Skyy has always been transparent about her journey. Be it about her battle with her child’s father or other things of her past.

During tonight’s episode of the show, Skyy attended Joc and his radio station’s panel about the dangers of human trafficking, and the details of her own experience were absolutely horrifying.

Skyy recalled running away from home around the age of fifteen. Later, she was held hostage and in her words, “sold to the highest bidder.”

It wasn’t until she was taken to a bus station by a random man that she was finally able to escape from the disturbing situation.

Though it’s been years since the incident, Skyy admitted that it has impacted her adulthood and the way that people view her.

As a result of Skyy opening up, Twitter had a number of reactions.

See what they had to say below! 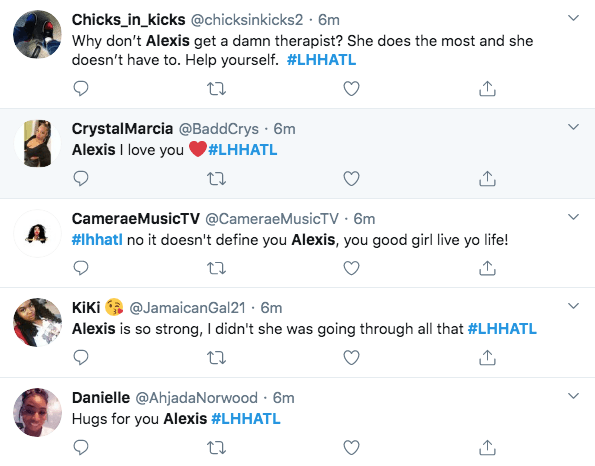 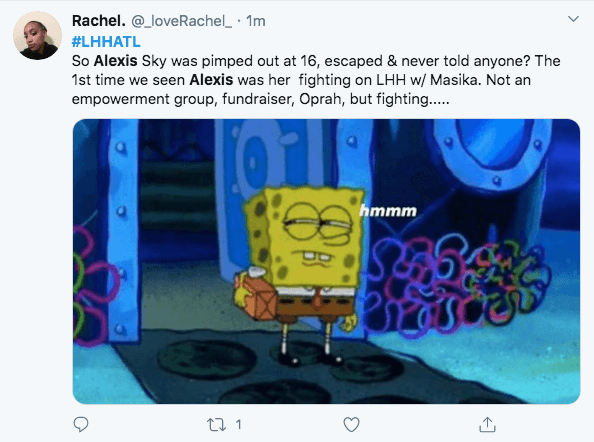 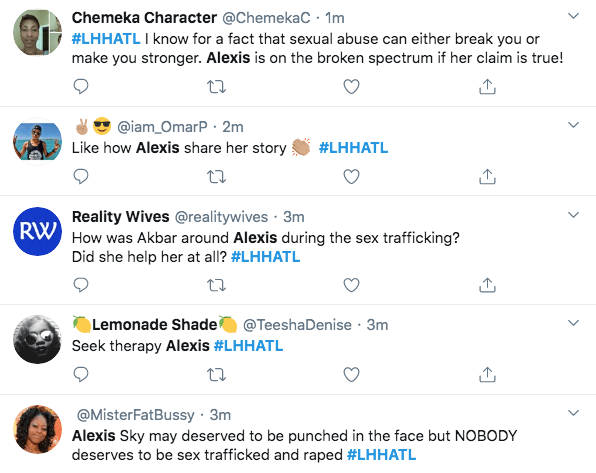 Twitter Thinks Sierra from #LHHATL Still Wants Shooter’s “Meat” After She Suggests a Friendship
Shooter Tells He and Sierra’s Daughter Paris to “Make Better Decisions” on #LHHATL, and Twitter Is Not Here for It