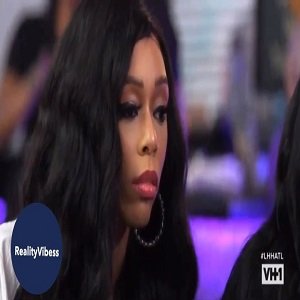 Seven years ago, Bambi made her first “Love & Hip Hop Atlanta” appearance, in the hot tub scene with Kirk and Benzino. That led to the first implosion of Kirk and Rasheeda’s marriage. But, Bambi moved on with Lil’ Scrappy, relatively unscathed.

However, Rasheeda did have to have that conversation with Bambi, before they became friends. Once that hurdle was over and Scrappy officially settled with Bambi, the two got married. Since then, Bambi has been considered one of the show’s leading ladies.

Given the history of the show, the leading ladies often have issues with the newcomers. Rap phenom, LightSkinKeisha, joined the show, and Bambi has had nothing but problems with her. As Bambi went in on her, fans on Twitter were going in on her new teeth and gums, with quite the discussion.

Read the tweets about Bambi below: 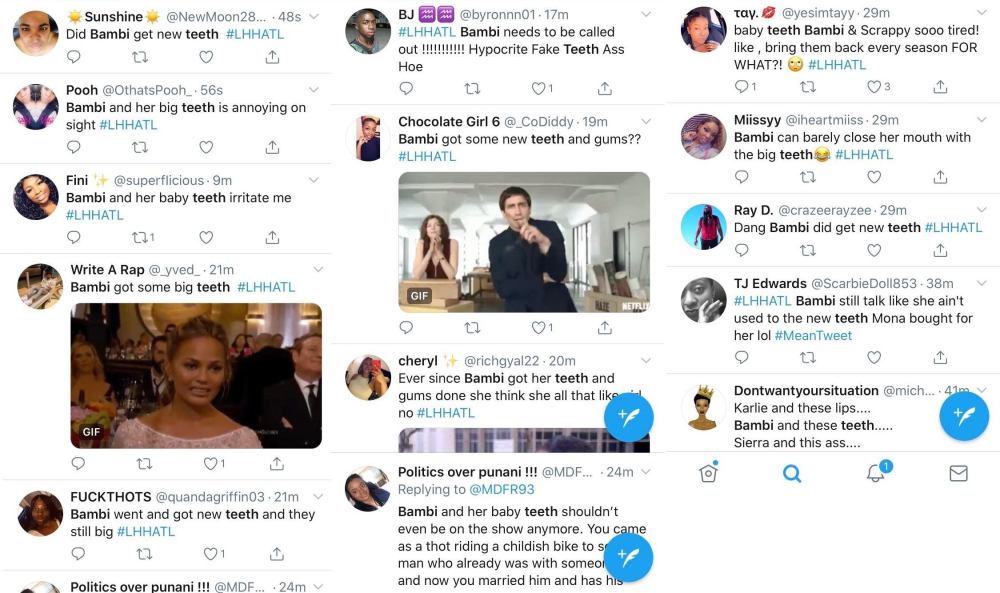