Skip to content
You are here
Home > Hip Hop News > Jayda calls out The Shade Room for posting her cooking, and tells Twitter to worry about the pandemic, not what she and her baby are eating + Hints that she and Lil Baby are back together, saying he rolls her blunts for her, that’s love 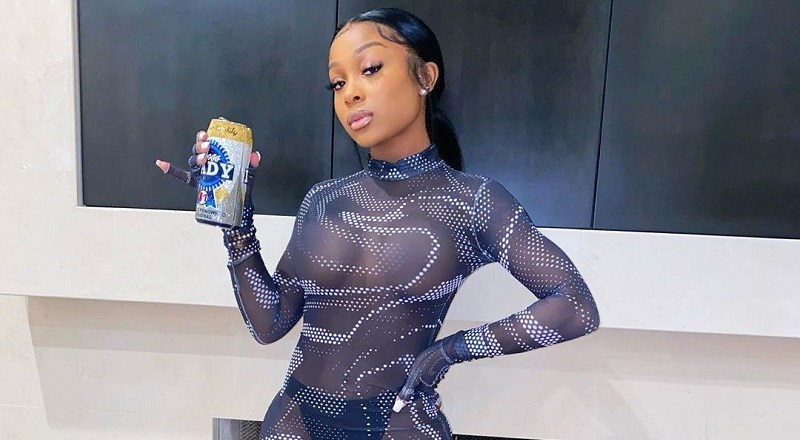 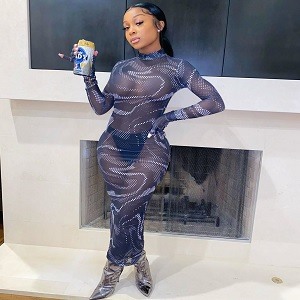 While some don’t understand the appeal of “Love & Hip Hop,” they go crazy over the lives of the girlfriends of popular rappers. As Lil Baby has emerged as one of the top rappers in the game, Jayda has developed a huge fan base. She has used it to build a business presence.

Jayda has definitely made herself a prominent figure in the game. A lot of people have gotten wrapped up in her life, as if she is an artist, herself. To her credit, she has put out a couple of records, but her cooking is what the fans love.

However, Jayda’s people only love her cooking, because they love making fun of it. She recently shared her plate, and The Shade Room posted it, opening her up for jokes, which she blasted fans for, as she went on a Twitter rant. Jayda would later come back, hinting at being back with Baby, saying he rolls her blunts for her, that’s love.

See Jayda’s comment on The Shade Room and read her tweets below: 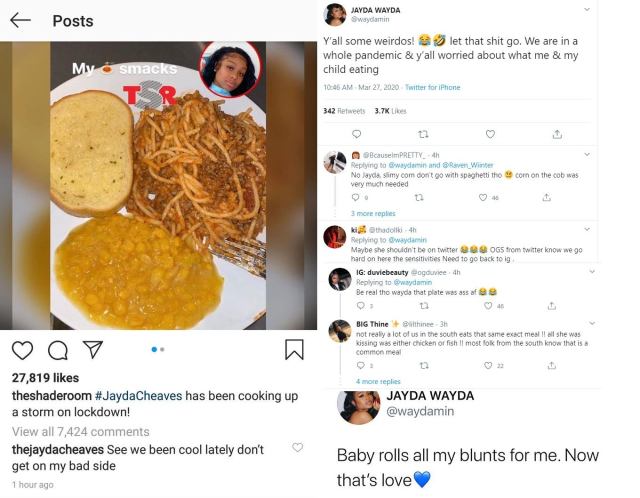