Skip to content
You are here
Home > Hip Hop News > Richard Jefferson is trolling Tim Duncan, said “got carried” his whole career and Twitter is putting him on blast, as Duncan led the Spurs to a Finals win over JEFFERSON’s Nets, not realizing it’s a joke, meant to be funny 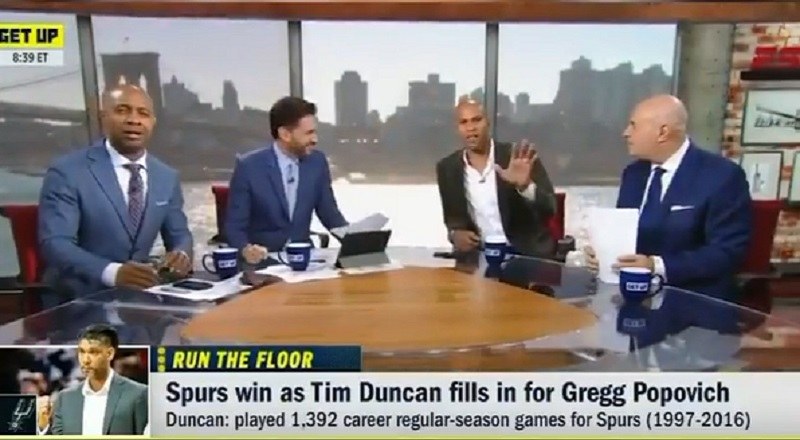 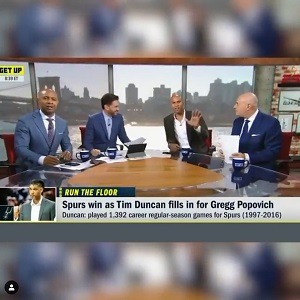 Last night, Tim Duncan made his coaching debut, for his longtime team, the San Antonio Spurs. The Spurs played the Charlotte Hornets, coming back from 17 down to win the game by a point. Standing in for coach, Gregg Popovich, Tim Duncan got the W.

However, longtime Spurs fans were upset that Becky Hammon didn’t get the head coach nod. Unfortunately, that wasn’t the case, but they opted for Duncan to coach. The fans had a lot to say and this led discussion on ESPN’s “The Jump.”

Of all people, Richard Jefferson, who played for the Spurs, chose to spoke out against Tim Duncan. He accused Duncan of being “carried” his whole career. This sparked outrage on Twitter and fans are going in on him, as his New Jersey Nets, in 2003, lost to the Spurs, in the NBA Finals, failing to realize it’s all jokes. 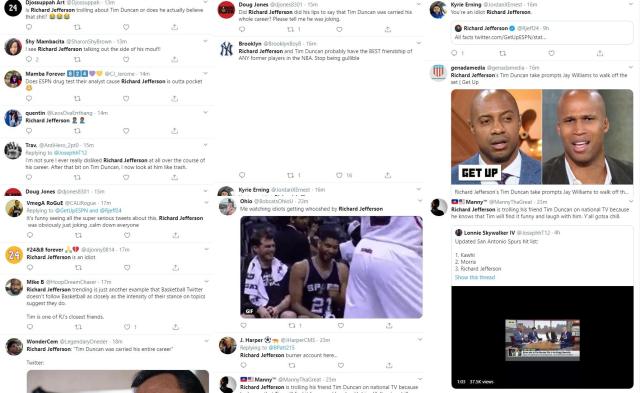