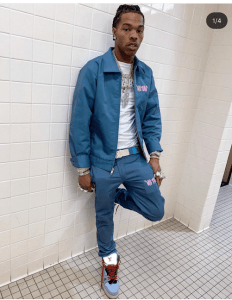 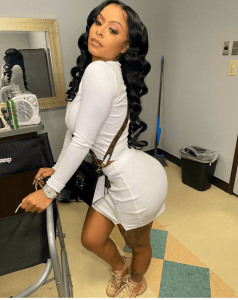 Lil Baby is all over the news. He dropped a new album yesterday and is currently on a press tour.  While in New York, Lil baby sat with host of the Morning Hustle Show and former Love and Hip Hop New York star Lorel. Lorel asked straight up about the twitter beef between Alexis Skyy and his baby momma Jayda.  Lil Baby says ‘I DON’T EVEN KNOW HER!”  Now we all know the two probably have crossed paths before but it’s clear Lil Baby wants no parts of the drama. Jayda wasn’t have it and clearly neither is Lil Baby.

Just a little refresher, stay with me here:

Alexis Skyy got long nails, Ari has long nails, Ari says there’s only one her, Alexis Skyy is like bitch, ok. Jayda hops in with “anna oop”, Alexis Skyy goes in on Jayda and says her and Lil Baby (Jayda’s baby daddy) are hanging out, Jayda says ok #2, Ari clapbacks, the kids are brought into it, Lil Baby wants no parts, he doesn’t even know the girl, Jayda says happiness isn’t based off a man, Lil Baby drops a fire album and says he single. Whew, ok!