Lil Wayne announced last week that his new album, Funeral, would be set for a January 31 release date and the anticipation was real from that point. This is after he released his ‘Tha Carter V’ album in the fall of 2018 after years of delays.

The clock struck at midnight tonight as fans of the Young Money rapper were anxiously waiting to stream Funeral. It didn’t appear on any streaming services at first but the exception was YouTube Music. Fans were available to listen to it for an hour before it suddenly got taken down. 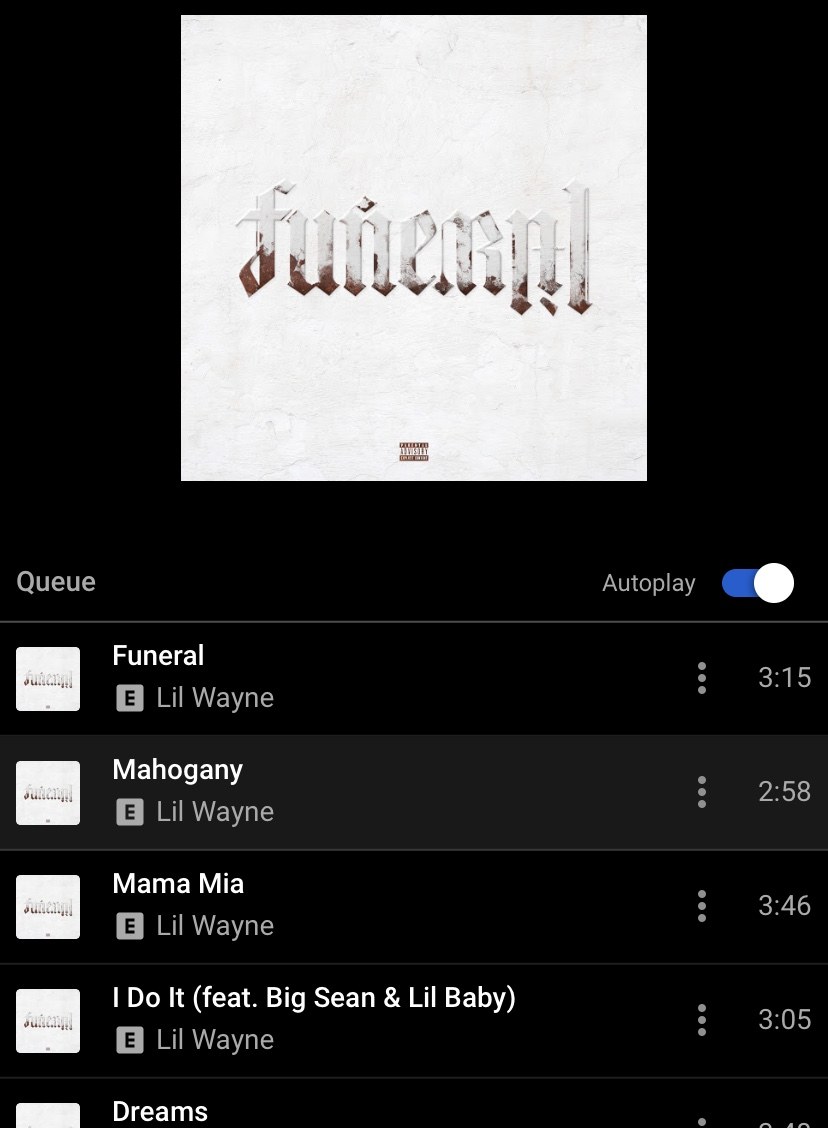 Omari Hardwick goes OFF on a fan who compared him to Tank, telling him he should bust him in his nose, after he posted a pic of him kissing 50 Cent, congratulating him for his Hollywood Walk of Fame star
Beyonce honors Kobe Bryant and his daughter, Gianna, by posting their pics on IG, and tells Kobe she is praying for his queens [PHOTOS]