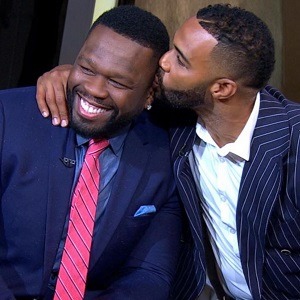 Definitely, without 50 Cent, Omari Hardwick would have a much-different looking career. Perhaps, he would have remained a supporting player on “Being Mary Jane,” Gabrielle Union’s BET drama. But, with the help of 50 Cent, Omari became Ghost.

“Power,” over the course of six years, became one of hip hop’s favorite shows. Definitely, the series has a cult following and, despite his bad-guy tendencies, fans were hurt when Ghost died. As 50 Cent, himself, said, though, “players in this game, they lose,” as Ghost did.

Separate from “Power,” Omari Hardwick congratulated his brother, 50 Cent, on getting his star on the Hollywood Walk of Fame. Sharing the above photo, from their time on “Good Morning America,” where Omari gave 50 a brotherly kiss, a fan decided to try him. The man compared Omari to Tank, who recently came under fire for comments, some took to be gay, and Omari Hardwick threatened to bust the fan’s nose. 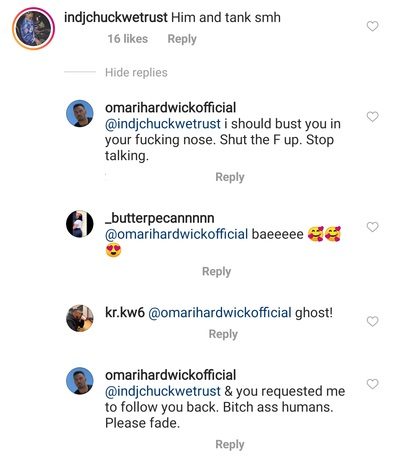 NLE Choppa gets roasted over his performance at #DAZN and fans say Jake Paul ruined his career
Welp, That Was Fast! Lil Wayne’s New Album, “Funeral,” Was Removed From YouTube Music, Minutes After It Was Posted #Funeral