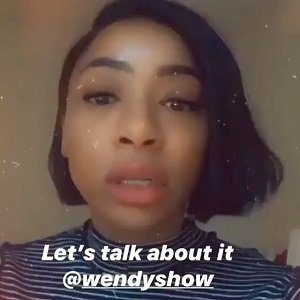 On today’s episode of “The Wendy Williams Show,” Wendy Williams was talking about Tommie. She felt the need to share several of Tommie’s mugshots. Along with that, Wendy mentioned that Tommie was arrested over thirty times, and one was for beating her daughter.

Tommie has faced a lot of backlash over the situation with her and her daughter. When she spoke on it, Tommie said only they knew the truth about that matter. The “Love & Hip Hop Atlanta” star also added that it is none of the people’s business, which is true.

But, since Wendy Williams wants to get into her business, Tommie decided she would go there. Taking to her IG Story, Tommie questioned why Wendy Williams doesn’t spill her own tea. Then, she went onto accuse Wendy of performing oral sex on Blac Chyna, when they were hanging out.

HIP-HOPVIBE.COM partners with “The Photograph” movie for ticket giveaway in Los Angeles
Ex-Love and Hip-Hop Atlanta Star, Tommie Lee, Denies Dating Rob Kardashian After Wendy Williams Blasted Rob on TV For Supposedly Being With Lee and Brought Up Her Criminal Record [PHOTOS-VIDEO]