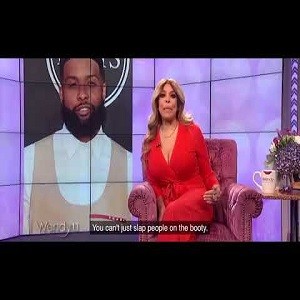 Because Wendy Williams has appointed herself as the queen of messy, every mistake she makes is always public fodder. The time she fainted remains in infamy. Despite Wendy actually being sick, and that being why she passed out, the GIF lives on.

Wendy Williams was on, debating Odell Beckham, Jr.’s locker room controversy. With criminal charges being filed, Wendy was reading him the RIOT Act, but then she was judged. The human body is natural, thus it is imperfect.

Just as Wendy settled in to be her ultimate messy, she had a nature call. More than likely, it’s happened before, but she never had one out loud. From the sounds of things, Wendy Williams farted, and social media has had a field day with her, today.