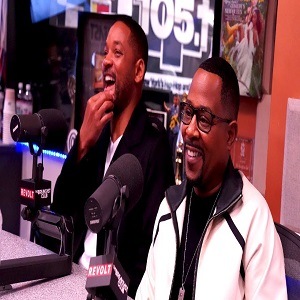 Will Smith really re-emerged and had a huge year in 2019, so he’s starting 2020 out on a high note. The past few years have seen the culture reinvest in Martin Lawrence. Over the past decade, “Martin” reruns have dominated BET and TV One, renewing interest.

Will Smith and Martin Lawrence reunited for Bad Boys For Life and the anticipation is high. Making their media rounds, Will and Martin stopped by “The Breakfast Club.” Talking to DJ Envy, Angela Yee, and Charlamagne Tha God, they discussed the Bad Boys franchise, their growth, and much more.

Lupita Nyong’o gets snubbed for Best Actress Oscars nomination, in favor of Scarlett Johansson, according to Twitter, who says she was 2019’s best actress, blasting The Academy #OscarsSoWhite #Oscars
Yung Joc gets spotted driving Uber and fans film him, asking if it’s him, and he says it’s a way to make some easy money #LHHATL [VIDEO]