Skip to content
You are here
Home > Hip Hop News > DaBaby tells Miami judge that he has a quarter of a million dollars in his hotel room and needs his lawyer to go get it, regarding the robbery allegations [VIDEO] 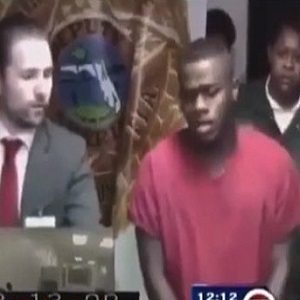 By now, it’s become clear that DaBaby is in a lot of trouble. His Miami arrest has opened up more warrants and DaBaby’s dream year has come to a crashing halt. In 2019, DaBaby was one of the biggest artists of the year, having a huge BET Awards performance.

DaBaby is currently in Miami, where he faced the judge, today. The popular Charlotte rapper is being accused of a robbery, after footage surfaced. Since yesterday, he has been in custody, and he got the chance to speak to the judge.

When he faced the judge, DaBaby let them know the situation. As the judge read the charges off, asking DaBaby to respond, he kept it all business. He let the judge know he had a quarter of a million dollars, $250,000, in his hotel room, and said he needs his lawyer to go get it.