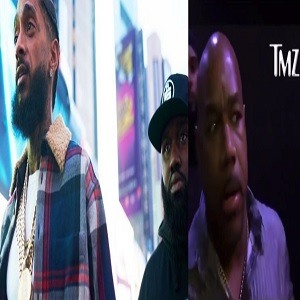 No video footage means no proof, but word is that JRoc met up with Wack100. These past few years, Wack100 has taken the spotlight for his own. His claim to fame was managing The Game, but Blueface, more recently.

Wack100 is a known Compton figure and has ties to the industry. He has worked closely with Birdman and Cash Money Records, heading their West division. With the spotlight, Wack100 has consistently made disrespectful comments about Nipsey Hussle, despite his death.

JRoc was Nipsey Hussle’s trusted bodyguard and he couldn’t have been pleased with what Wack100 was saying about his boss. To have anyone a person is close to disrespect them in death means a confrontation, if the opportunity presents itself. On Twitter, people are saying JRoc, not TDE’s Jay Rock, beat Wack100 up.

Read the tweets about JRoc and Wack100 below: 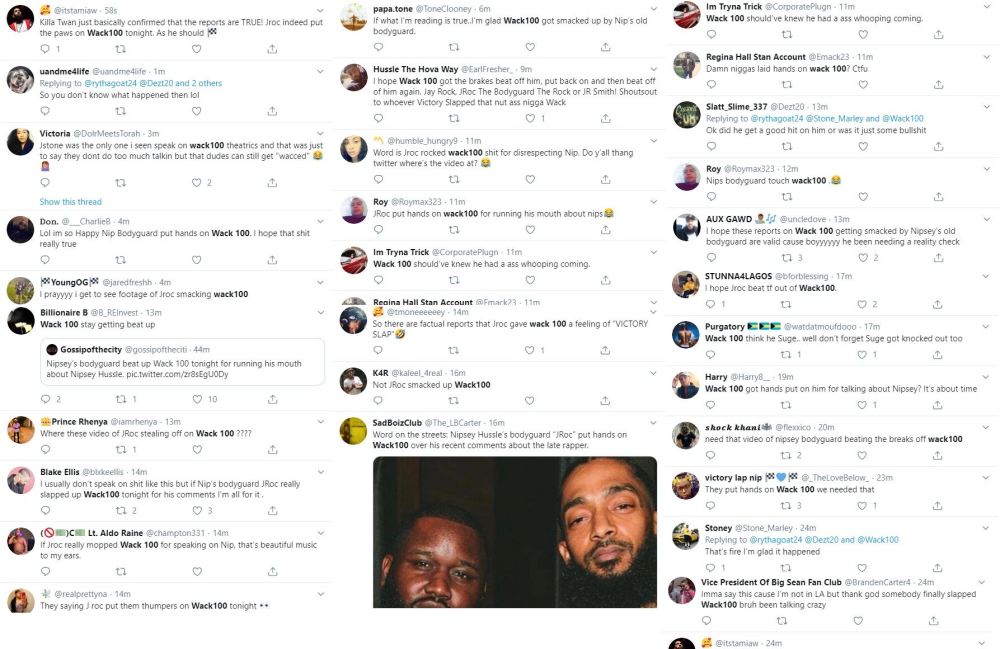 Tekashi 6ix9ine Will Reportedly Be Released From Prison on December 18 After Reports of Still Facing 37 Years For Racketeering Case and Participating in Crimes With Nine Trey Bloods
HIP-HOPVIBE.COM partners with “1917” movie for ticket giveaway in LA!