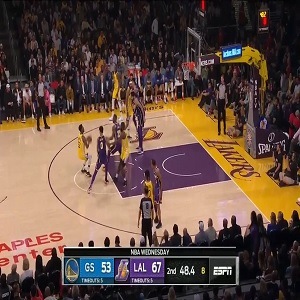 Tonight, the Golden State Warriors continue to live out their nightmare, with Stephen Curry and Klay Thompson lost to injury. During their dominant era, the Warriors were lauded for building their team the organic way. All of their talent was acquired and grew together.

Of course, in 2016, that narrative changed, as Kevin Durant joined the team. But, one thing remained the same, which was Draymond Green being credited as the “glue” of the team. In many ways, he was considered the “true” leader of the Warriors.

So, with Kevin Durant signed to Brooklyn and Steph and Klay both likely out for the season, it’s Draymond’s time to step up. Tonight, he is having a bad game, as it looks like LeBron James’ Lakers will cruise to a win over his Warriors. The fans on Twitter are going in on him, as one fan at the game, picked up by ESPN’s mic, screamed “DRAYMOND, YOU SUCK!!!,” to which the fans agree.

Read the tweets about Draymond Green below: 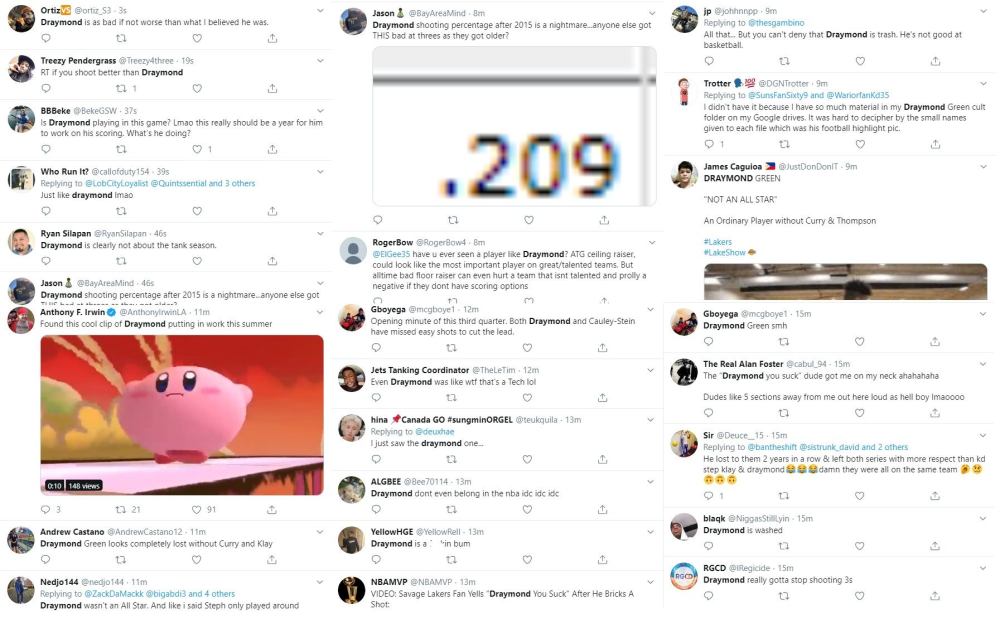 Austin Rivers Gets His Own Dad Doc Rivers Ejected From The Game After Begging Refs To Give A Technical Right In Front Of Him
DISTURBING! Woman brutally beats her 12-year-old daughter, forcing her to take her pants off, and proceeds to stomp on her