Skip to content
You are here
Home > Articles > Drake Trolls Fans Who Booed Him at #CampFlogGnaw Because of Wanting Frank Ocean to Perform Instead; Says He’ll Get Residency at the Festival Every Year Until They’re 30-Years-Old [PHOTO-VIDEO] 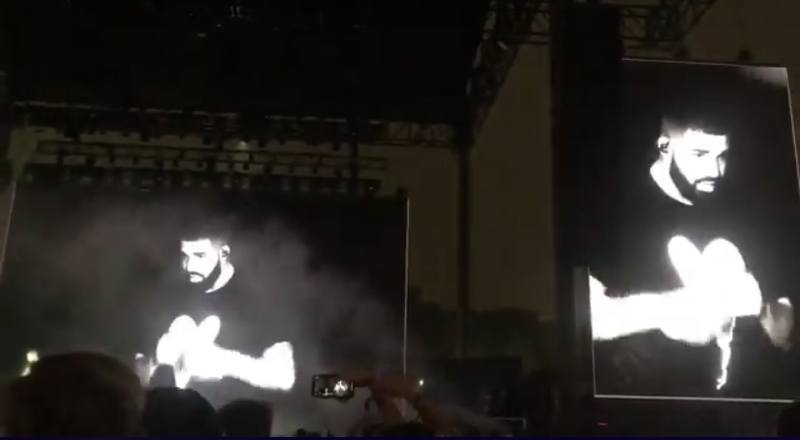 The last day of Tyler, The Creator’s Camp Flog Gnaw festival in Los Angeles was headlined by Drake getting booed after fans expected Frank Ocean to perform instead. Drake said he could perform all night but when he heard the boos, he thanked them and left the stage.

The OVO CEO is now taking to social media to have a bit of fun with the incident. He trolled everyone by saying “Plot twist…just signed a 10 year residency at Camp Flog Gnaw sorry kids see you EVERY SINGLE YEAR till you are 30.” It’s good to see tha2t he’s brushing last night off. He’s a legend himself and it’s sad that these people booed him when he’s arguably the best artist in the world right now.

Check out Drake’s IG post clowning everyone who booed him at Camp Flog Gnaw and video of the actual booing below.

Here's video of Drake being booed offstage at Camp Flog Gnaw, followed by chants of "we want Frank."

No telling if Drake finished his set or not, but he handled it like a pro. I've never seen a crowd take their dissapointement out on the performer like this. pic.twitter.com/RVSDqMigQL