Michael Jackson is arguably the greatest artist and performer of all-time. The impact he made on the world is unforgettable as many reflected on him during this 2019’s 10-year anniversary of his death.

MJ is also remembered for his iconic moonwalk dance. He first brought it out while he was performing his classic single “Billie Jean” in in the 1983 TV special, “Motown 25: Yesterday, Today, Forever.” According to Gottahaverockandroll.com, the flashy socks he wore during the performance are now hitting the auction block.

The winning bid for the socks is expected to be in the range of $1-2 million. The socks are part of the Frank DiLeo collection. DiLeo signed MJ to Epic Records and was his manager from 1984-1989. In a letter presented to DiLeo from MJ in 1985, it read “These socks are presented to you for keeping on your “toes” throughout the Victory Tour…..With gratitude and love, Michael Jackson.

The auction for MJ’s rare socks will last from November 13-22. Check out the letter from DiLeo along with MJ’s first moonwalk below, courtesy of TMZ. 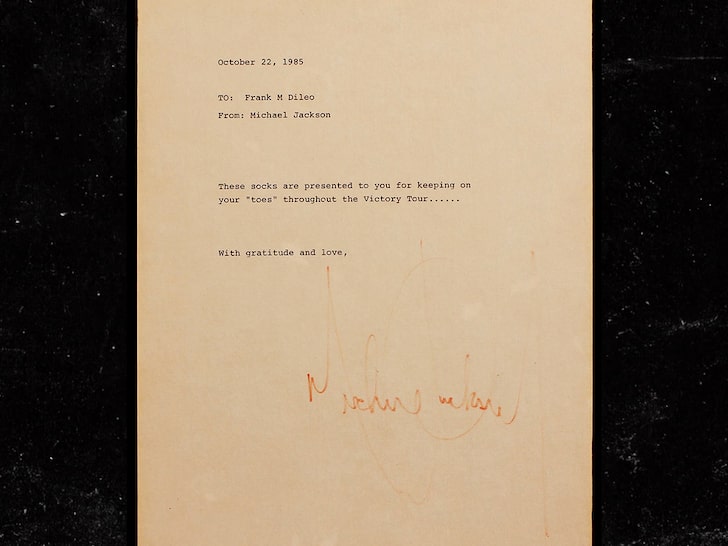