Skip to content
You are here
Home > Hip Hop News > Shaggy as Sebastian in #TheLittleMermaidLive is everything to Twitter, as they say it’s the best thing all week, seeing him dancing with the crabs in the Thriller jacket #TheLittleMermaid 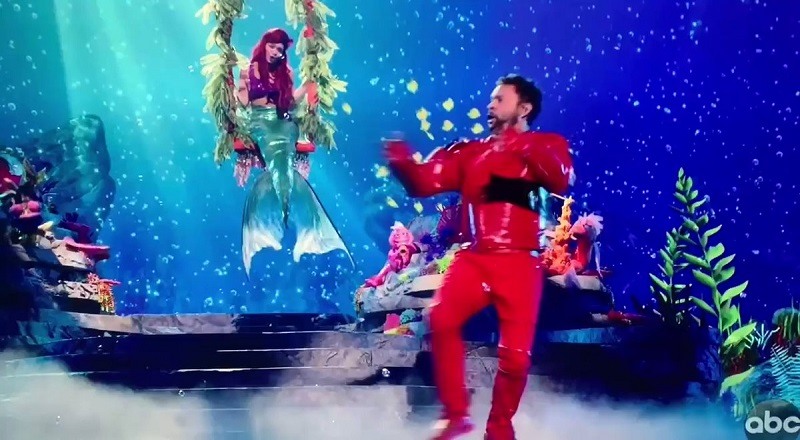 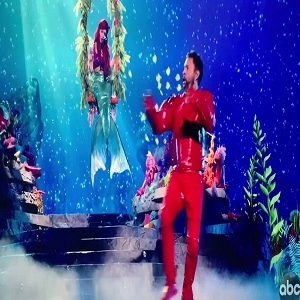 The world still knows Shaggy best for “It Wasn’t Me,” but he is a very talented musician. There is a reason ABC tapped him for their live rendition of “The Little Mermaid.” Live action and live in general, the cast includes Shaggy.

Nearly twenty years after Shaggy had his massive hit, he still knows how to dominate social media. Not many artists can have such a fun contradiction about their careers. Tonight, though, Shaggy is THE biggest name in entertainment.

Shaggy portrayed Sebastian, tonight, and he brought it, all of it, wearing a jacket that reminds fans of Michael Jackson’s “Thriller” jacket. His overall performance has won Twitter over, in a big way. The fans are saying his moment has made their entire week, and it’s only Tuesday.

….and this is just a regular Tuesday night outfit for a Jamaican man tbh #TheLittleMermaidLive pic.twitter.com/w2vnDu57jO

Read the tweets about Shaggy below: 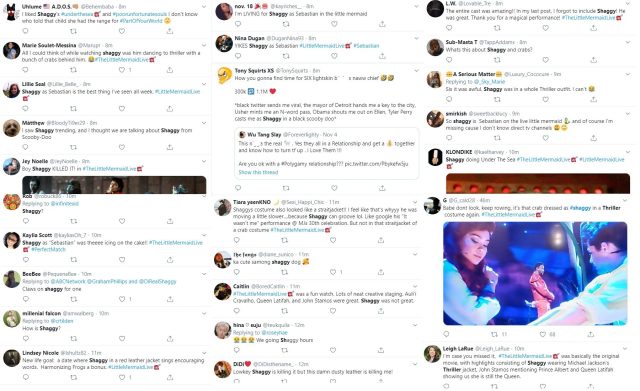