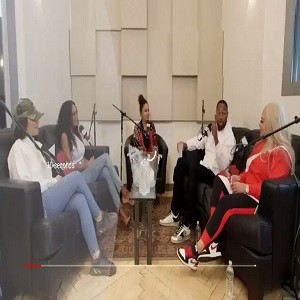 The world first got to know Tank, back in 2000, when he made his debut in the R&B world. Early 2000s R&B was a tough beast, as Tank was matched up with Tyrese, Sisqo, R. Kelly, Case, Joe, and Usher. Later, there was Usher, Marques Houston, Omarion, and Lloyd.

Tank, in the middle of all of that, was lost in the shuffle. However, in 2007, he returned with “Please Don’t Go,” a classic-styled R&B song that put him back on the map. After that, Tank ventured into acting, where he became huge on the TV One movie circuit.

In 2017, Tank returned to offer the biggest hit of his career, “When We,” and he is now back to making music. Riding his current momentum, Tank was recently on Angela Yee’s “Lip Service” podcast. During the interview, Tank spoke on men providing oral to other men, and he said it wasn’t gay, and that has Twitter questioning Tank’s sexuality, as he called it “experimenting.”

Read the tweets about Tank below: 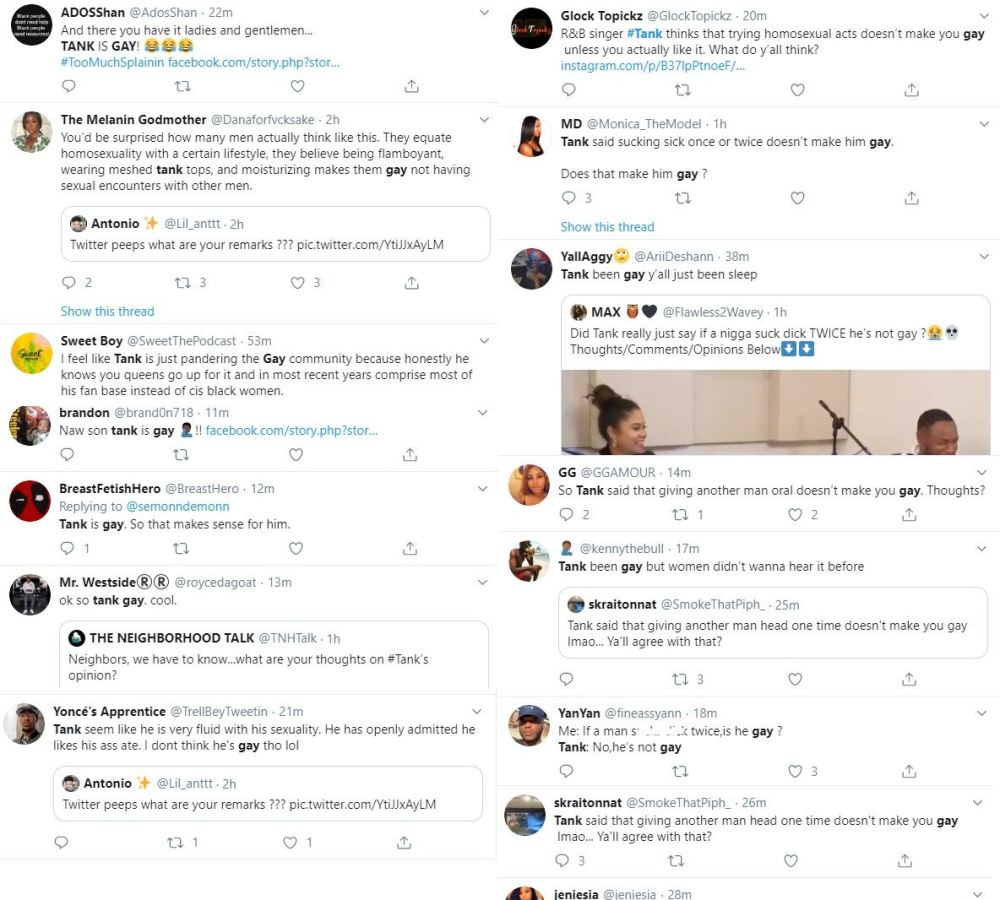 Klay Thompson is likely out for the season and NBA fans on Twitter have given up on the Warriors’ season, saying no playoffs, despite Steph Curry being healthy
Lil Fizz gets dragged by B2K fans on Twitter, who blame Fizz, not Raz B, for killing the group by getting with Apryl Jones, Omarion’s baby mama, saying he f*cked the bag up, and there’s no album or more tours, because of him #LHHH