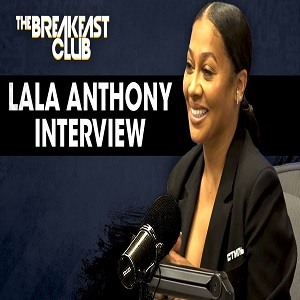 Leading into this weekend’s episode of “Power,” speculation was that LaKeisha (Lala Anthony) would be killed off. Due to history, a lot of people thought Tommy (Joseph Sikora) would kill her. Through the episode, it looked like that would happen.

Instead, it was Tasha (Naturi Naughton) who offed Keisha, and her reasoning made sense. With “Power” in its final season, Lala Anthony will only be gone for a handful of episodes. At the rate things are going, it’s possible the core three stars may also be gone by the final episode.

Lala Anthony returned to “The Breakfast Club,” where she spoke with the trio, DJ Envy, Angela Yee, and Charlamagne Tha God. The conversation began with LaKeisha being killed off, so she spoke on how that ended. Being cast in “The Chi,” Lala spoke on her newest role, being a parent, basketball, and more.