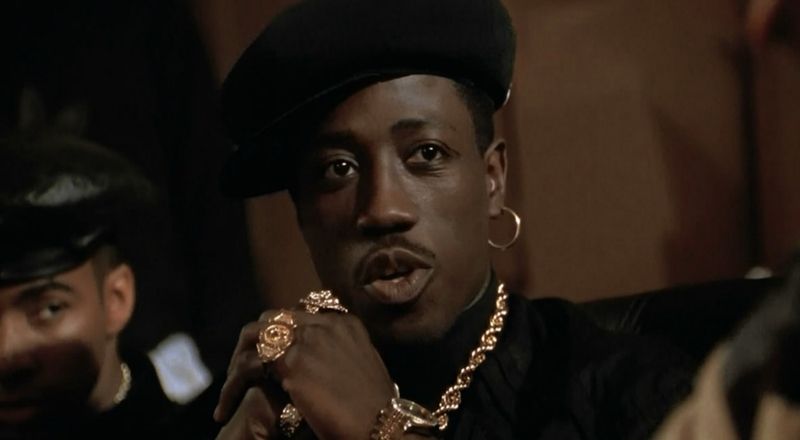 New Jack City is definitely a classic film 28 years later. Released in 1991, it featured stars such as Wesley Snipes, Chris Rock, Flavor Flav, Judd Nelson, and Ice-T. The plot of it featured Snipes as drug kingpin Nino Brown during the ’80s crack epidemic that plagued America. Ice-T played the role of Scotty Appleton, an undercover cop who went undercover in Brown’s gang to get revenge for his mother. Rock was a homeless man who was battling a crack addiction.

It now looks like we will see more of New Jack City soon as 80s babies will be receiving nostalgia and create new fans at the same time. According to Deadline, a reboot of New Jack City is reportedly in the works by Warner Bros. Malcolm M. Mays will be writing it. A director has not been named as of now. Bill Gerber will be part of the production and the film’s original producer, Doug McHenry, will also be involved.

This reboot will definitely come with the pressure of living up to the hype of the original New Jack City. This film is so legendary that meeting expectations will be tough. Fans should definitely check this out but they will expect a lot. Check out one of the most memorable scenes in the film where Nino Brown shoots his close friend Gee Money below.