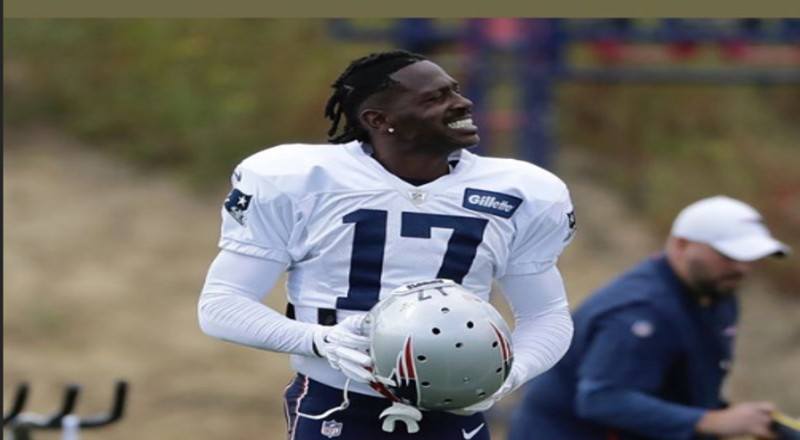 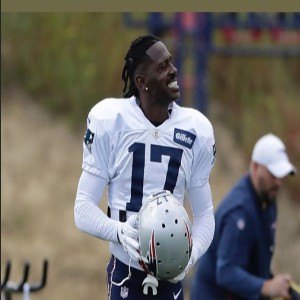 The Antonio Brown drama just continues with another crazy development.

It was recently announced that New England Patriots have released the all pro wide receiver. The 9-year veteran just played in one game with the defending super bowl champions, only lasting 11 days with the organization.

Brown was picked up by the Patriots on a one year deal after a very tumultuous exit from the Oakland Raiders.

The bombshell news comes after text message screenshots surfaced online. Brown allegedly sent ‘threatening’ messages to one of the individuals accusing him of sexual assault. Given the fact that Bellicheck nd the Patriots were very well aware of the other allegations hurled his way, it’s most likely possible that he would still be on the team if he didn’t send these messages to the accuser while as a member of the Patriots. In short, he did this to himself because he couldn’t help himself and keep his mouth shut. 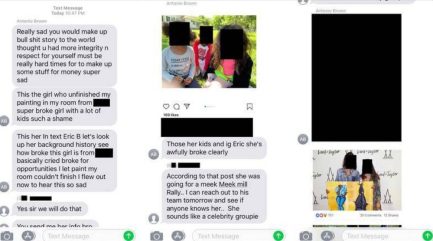 The Patriots released a statement regarding Brown’s release. 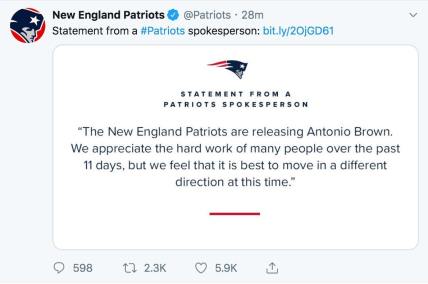 Brown gave his thanks to the Patriots in light of the release. 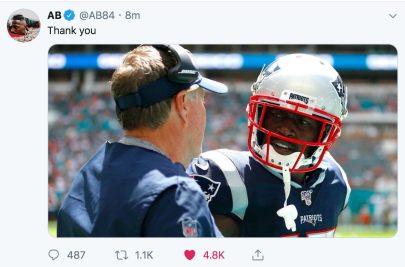