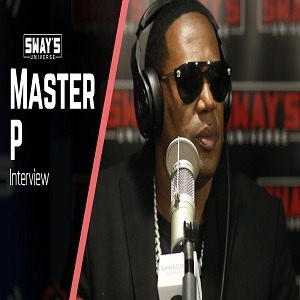 Moguls existed before Master P, in hip hop, and there are still a large number of music moguls out. However, none of them came in and did what Master P managed to do. The New Orleans rapper took money left to him from his grandfather and turned it into $700 million, gross.

Master P is unlike most other rappers, as he created his own label, and sought a true partnership with a distributor. His company was soon making more money than the distribution company. At one point, P ended up loaning the distributor money.

Stories like those, plus his come-up, Master P wants to share with the world. Since 2015, he has in nearly all of his interviews, but he made his Shade 45 return to Sway to give concrete details. Finally, Master P said the No Limit documentary is on the way, as he spoke on educating others, his luxury sneaker, and more.

Claudia Felix, the wife of alleged cartel leader, who Drake DM-ed, was found dead
Celine Dion Says She and Drake Can Sing Together, Get Drinks, and More But Pleads With Him to Not Get a Tattoo Of Her On Him As He Planned [VIDEO]