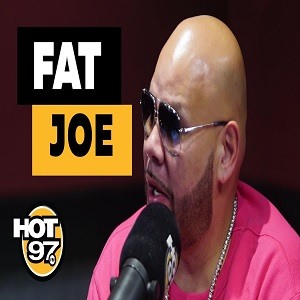 Even when Fat Joe disappears from the game, he is still right there, in the mix. In 1993, Fat Joe debuted, and he had immediate success, with a street hit. Through the 1990s, Fat Joe dominated the rap charts, dropping three albums, and then he faded from the spotlight.

As it stands, Fat Joe has had a hit single, every decade since he began his career. Returning to Hot 97, Fat Joe sat down with Ebro, Rosenberg, and Laura Stylez. The Bronx rapper spoke on his hit records, Cardi B, the top rappers lists, and much more.

Cardi B responds to 6ix9ine mentioning her in his testimony, sharing the Keke Palmer meme, “I hate to say it, I don’t know who this man is” [VIDEO]
50 Cent continues roasting 6ix9ine, saying he testified that Tommy killed Angela on #Power, and 6ix9ine’s former rival, Ludacris, liked his other diss post [PHOTOS]