Skip to content
You are here
Home > Articles > Wah Oh! 6ix9ine Testifies That Cardi B Is a Member Of The Nine Trey Bloods

It’s day 3 of Tekashi 69’s testimony and he is singing like Mariah Carey. After name-dropping Jim Jones for being a member of the Nine Trey Bloods, he also said that Cardi B was a member as well.

Under cross-examination, Tekashi confirmed that Cardi B was a Bloods member, though he denied he copied her blueprint for fame by including members in his music videos.

“I knew who she was. I didn’t pay attention,” he told the court.

Cardi has made it known that she was a gang member. In 2017, someone tweeted her saying “Cardi B starting to blow mines now she a big time blood all day 😩.” Cardi replied “B*tch I been a big time blood since I was 16 sooo f*ck is you talking bout…ya just never peep it.” 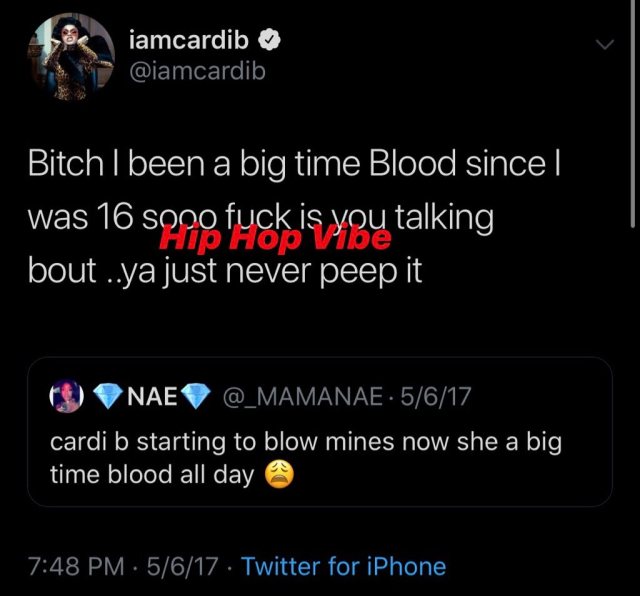