Skip to content
You are here
Home > Hip Hop News > K. Michelle and this surrogate… #LHHH fans are going in on K Michelle for being upset about Toenay, when they met in IKEA, and for her bringing her on the show, but being mad at her for doing a live stream, saying she should have done business the right way, with an agency + Moniece was right 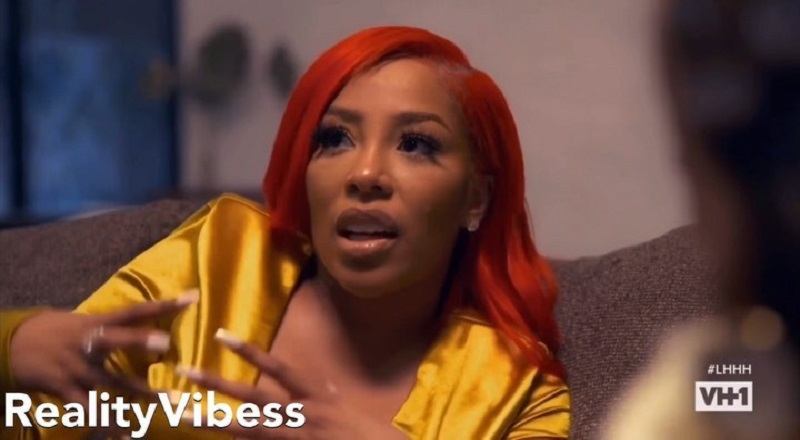 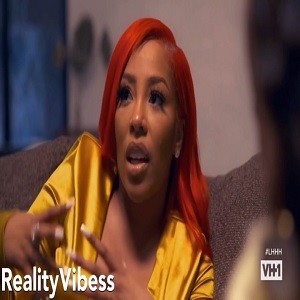 In the seven years since K. Michelle has been on the scene, she has gone through some changes. When the world first met her, she was a twentysomething trying to figure it out. On “Love & Hip Hop Atlanta,” she didn’t quite fit in with the in crowd of Rasheeda and company.

As soon as season two, that didn’t matter, as K. Michelle made a hit single, and then was on her way. In addition to her successful music career, K. Michelle also had her own reality show. While she did return to the show, K saw her career grow.

Back for her second “Love & Hip Hop Hollywood” season, K. Michelle is now a veteran in the music industry. Several hits under her belt and four albums in, K. Michelle is now trying to have her twin babies. While she introduced her surrogate to the world, K is having problems with her getting too comfortable, but Twitter is saying that’s her fault, agreeing with what Moniece had to say. 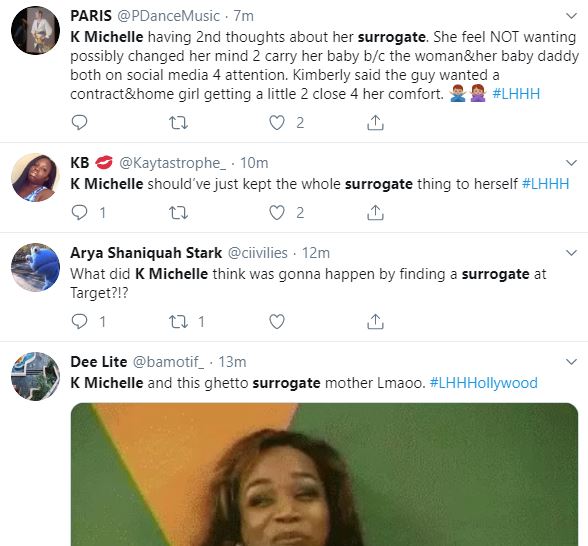 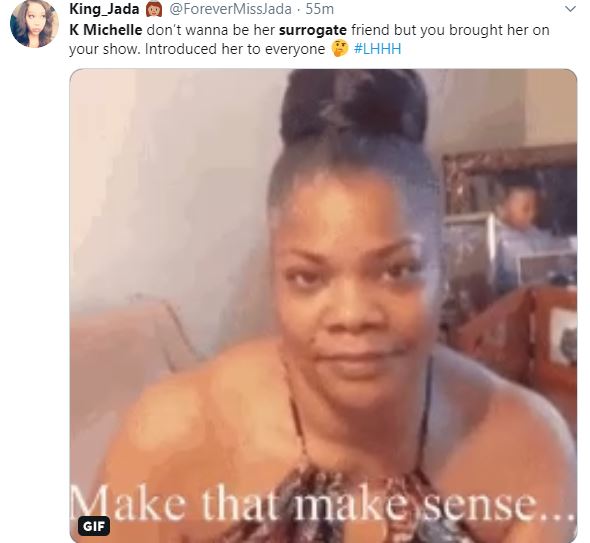 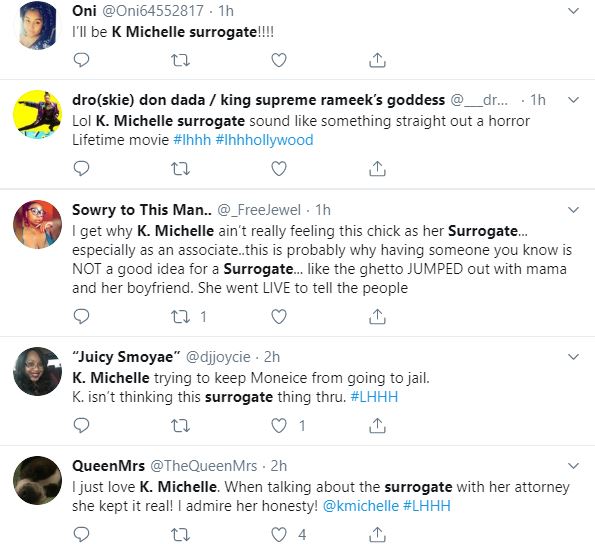 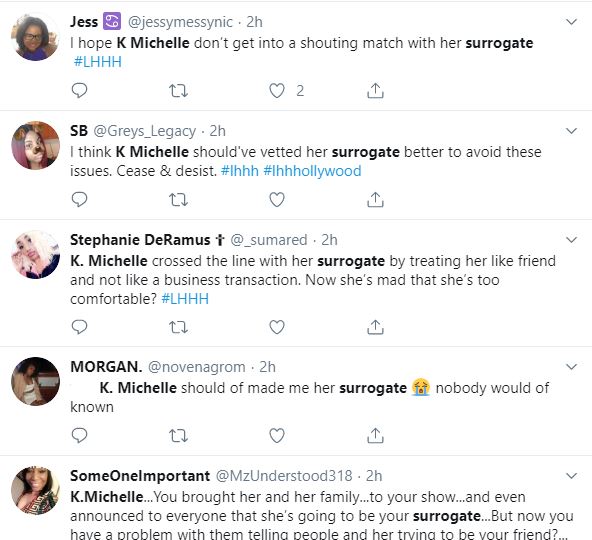 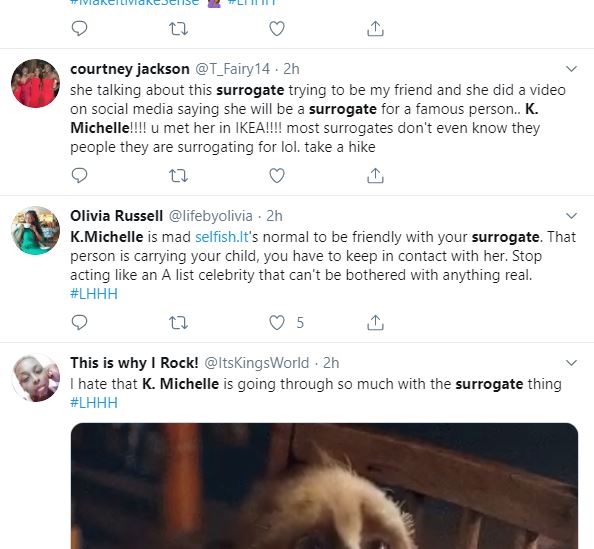