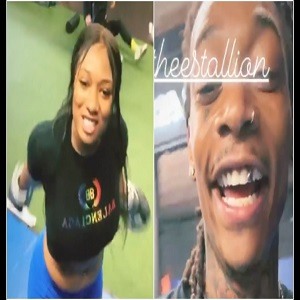 Late last year, Megan Thee Stallion became a thing, and her music began to really catch on. When 2019 came, Megan rose to become one of the biggest names in music. It cannot be said enough how both she and Yung Miami took the focus off Nicki and Cardi.

In the case of Megan Thee Stallion, it seemed as if all the men in hip hop wanted her. While she was dating Moneybagg Yo, it was kept on the low. Meanwhile, Drake and Trey Songz were more openly shooting their shot with her.

Because he’s been out of the spotlight, more or less, Wiz Khalifa has been left out of the discussion. But, this past summer, he, too, was a little flirty with Megan, and they hung out. A hoax website picked up on this, a month ago, and faked a Wiz quote, for satire, saying she stinks, down there, and Twitter has run with it.

Read the FAKE Wiz Khalifa quote and the tweets below: 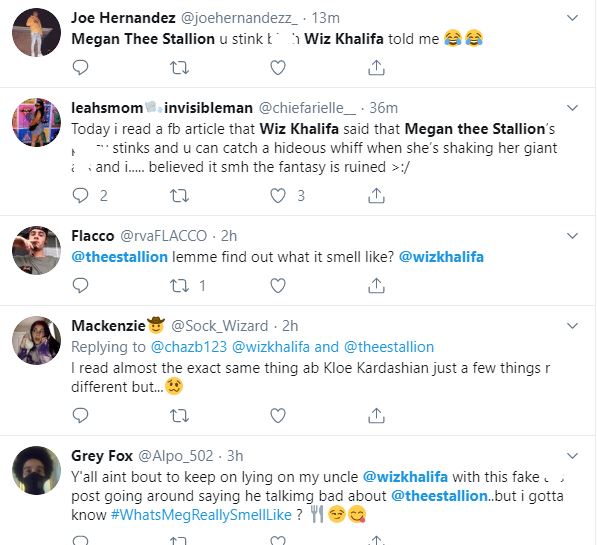 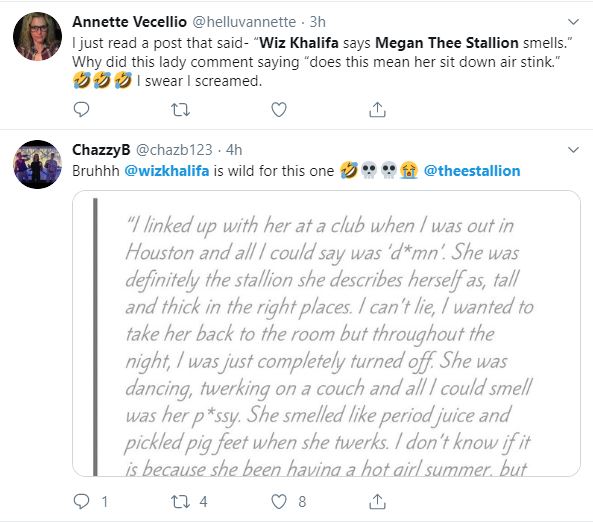 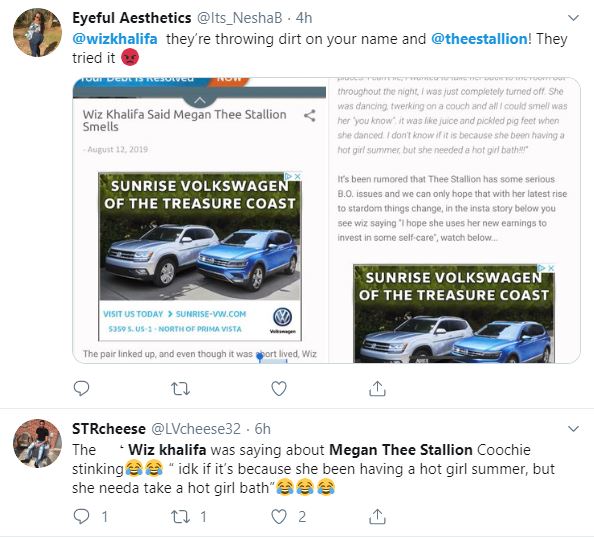 Rolling Loud Reveals Lineups For Its First Annual Hong Kong Festival; Headliners Include Migos, Wiz Khalifa, And More
She Belongs To The Culdesac: Guys Express Their Shock After Finding Out Doja Cat Has A White Boyfriend