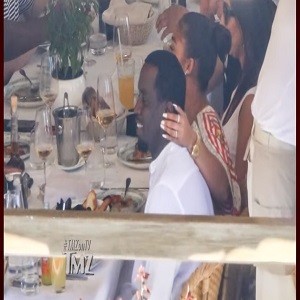 This whole thing with Diddy and Lori Harvey has caused a lot of waves, for various reasons. One reason is that Lori Harvey is a reputed player, having been tied to several high-profile men. Most-notably, Trey Songz is one of those men, but so is Justin Combs.

However, since the summer, there were rumors of Diddy and Lori being an item. Many were disturbed by this, because Lori Harvey allegedly dated his son. Whatever the case, Diddy and Lori appear to be an item, now.

Recently, a photographer’s photo has gone viral of Diddy rubbing Lori’s belly. These photographers have already captured Diddy and Lori clearly on a getaway. Now, they are trying to say that Diddy has a baby on the way, and Lori is the mother, but nothing is confirmed, obviously.

See the photos of Diddy and Lori Harvey here.

Savannah, Stevie J’s daughter, ends longstanding beef with Joseline, hanging out with her and Bonnie Bella, two years after fighting on TV #LHHATL
DJ Akademiks shares DMs, allegedly from Nicki Minaj, threatening his family and to break his jaw