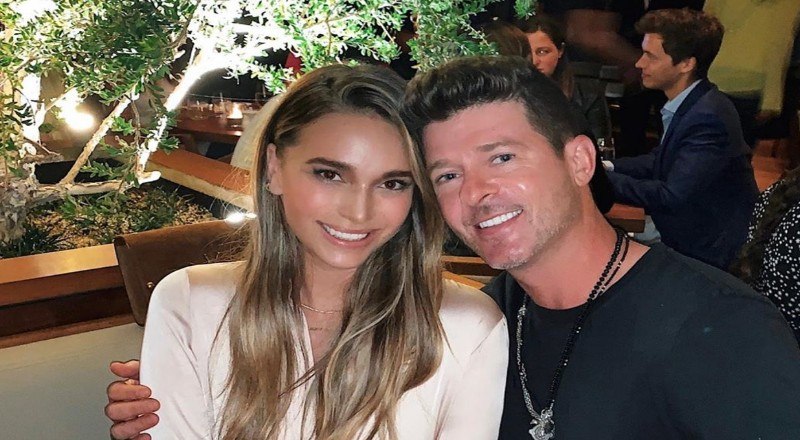 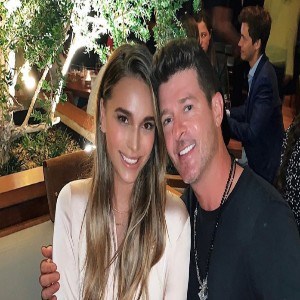 Singer Robin Thick should thank his lucky stars after walking away from a two car auto accident relatively fine. Earlier today, Thicke and his fiancee April Love Geary were involved in a car accident on PCH in Malibu near Point Dume and Zuma Beach. The accident also sent another car flying into the side of the road as well. Eyewitnesses confirmed that Thicke was in the passenger seat at the time of the accident. Geary was in the driver’s seat when the Escalade collided with another car. The other car was apparently full of younger people.

According to eyewitnesses Robin got out of the SUV and walked over to the other vehicle, which was lying on the side of the highway. It was nearly tipped on its side. Thankfully the aftermath looked a lot worse than it was it is.
No one was transported to a hospital in the two-vehicle collision, and that a report was taken on the scene.
Just before the crash Thicke posted a picture of himself and Geary seemingly enjoying a lunch date. Comparing the time which the photo was posted and the time of the accident, it appears that the couple was returning from that date.
As of right now fault will be determined at a later date.