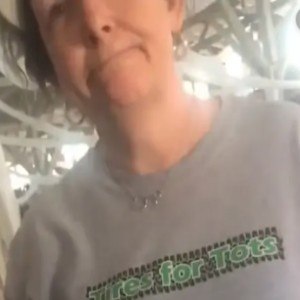 While I’d like to say “it’s 2019, how is it this thinking still happening”, I can’t say I’m that surprised honestly.

A wedding event hall in Booneville, Mississippi has come under fire after refusing to serve an interracial couple for their upcoming wedding.

24-year-old LaKambria Welch was shocked as the owner of the venue stated that the venue doesn’t perform gay or interracial marriages She confronted the owner after her brother and his fiancee were initially turned away. Her brother   black man and the woman he is marrying is white. She caught the confrontation on camera. In the footage, the business owner cited her ‘Christian beliefs’ as grounds for the refusal. When argued about where in the bible does it say that interracial marriages are wrong, she responding with, “I don’t want to argue my faith”.

Vitriol and anger soon followed after the video went viral across social media. She later went on to apologize and recant her statement after getting some theological correction.

“I have, for many years, stood firm on my Christian faith not knowing that biracial relationships were NEVER mentioned in The Bible!” the post said. “All of the years I had ‘assumed’ in my mind that I was correct, but have never taken the opportunity to research and find whether this was correct or incorrect until now.”

“To all those offended, hurt or felt condemn by my statement I truly apologize to you for my ignorance in not knowing the truth about this,” she wrote.