Former NWA legend and the late Eazy-E would’ve turned 55-years-old today. His grown up kids, family, friends, and fans gathered at his gravesite at the Rose Hill Cemetery in Whittier, CA this afternoon to honor his memory, per TMZ.

Eazy’s family also put in a brand new tombstone. Different tributes were scribed into it such as “The Godfather of Gangsta Rap” and “He put Compton on the map.” The bottom of it read “We loved him, but God loved him more.”

What many noticed as well is that his correct year of birth was put on the tombstone. Before, 1963 was put in back when he died in 1995 and now, the 1964 change was finally made.

Eazy put out two solo albums after leaving NWA. While he was with the group, he was part of all of their two studio albums with the breakout project being their debut, “Straight Outta Compton” in 1988. Check out photos of Eazy’s new tombstone on his 55th birthday today below, courtesy of TMZ. 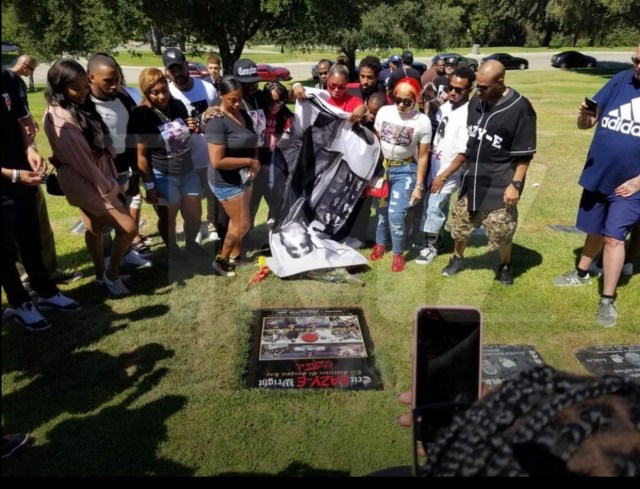 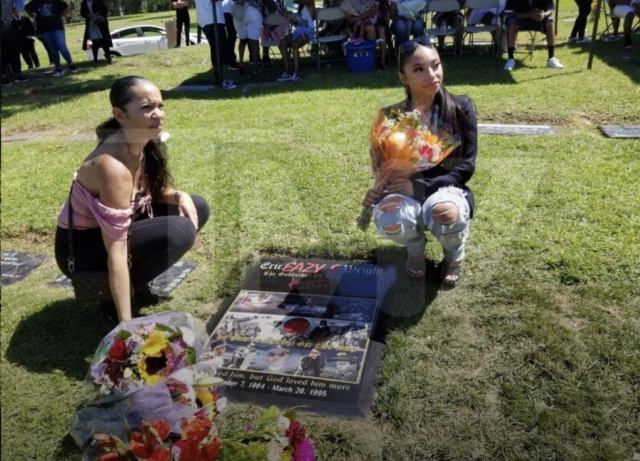 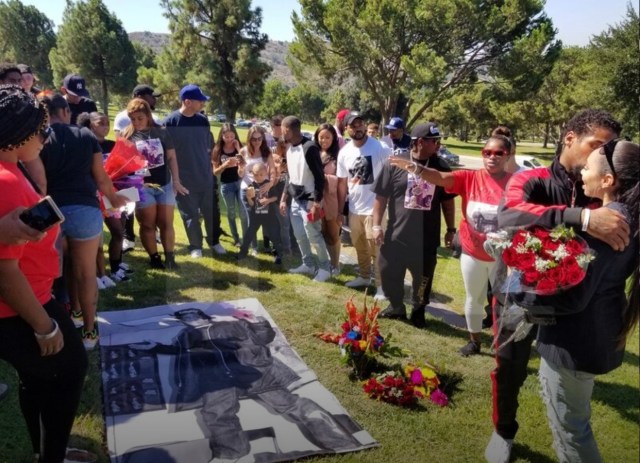 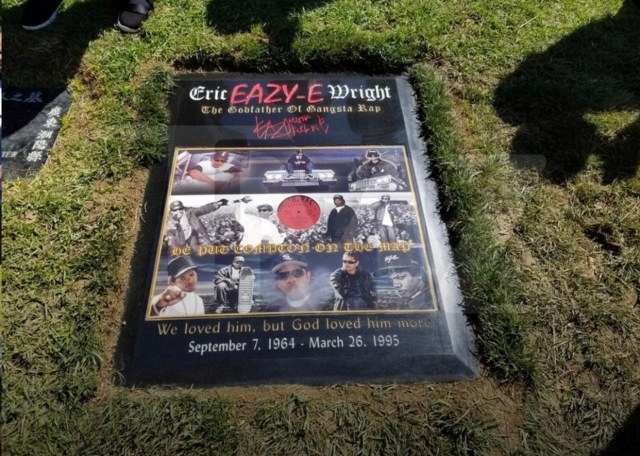