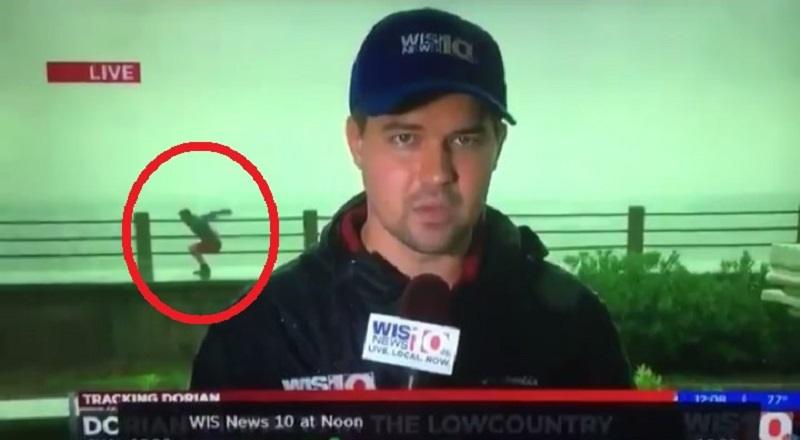 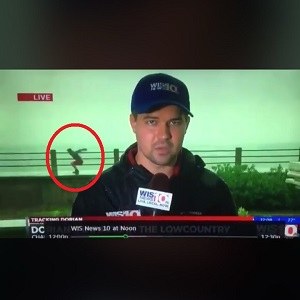 Only in the Carolinas, LOL. Of course, everyone remembers all the memes and jokes, last year, during Hurricane Florence. Two years before that, Hurricane Matthew offered a similar offering of jokes, although neither storm was a laughing matter.

Hurricane Dorian already destroyed The Bahamas, ravaged Florida’s east coast, and is doing a number on Georgia and South Carolina. This afternoon, Charleston was preparing for the storm. A reporter was by the beach, reporting on the storm.

While the reporter was doing his job the way he was supposed to, nobody was paying attention to it. Instead, people were looking at the man in the background. Everybody else in town was preparing for the storm, but this guy was doing backflips, and even flossing on camera! LOL!